By Maureen Sundberg on July 15, 2017 in Pest Management

All insects can acquire various fungal disease and these diseases generally need high humidity. Similarly, most plant diseases need rain or at least high humidity to infect plants. At the University of Rhode Island (URI) Plant Protection Clinic, many fewer plant disease samples were submitted in 2016, during the third year of drought conditions, than we’ve seen in 2017. However, during that same three year period we saw an increase in outbreaks of some insect problems.

Luckily we are not experiencing drought conditions in 2017. Droughts are tough on trees and landscapes, and irrigation can never entirely simulate a good rainfall. The 2016 drought followed two years of below average rainfall. Dry Spring conditions for three consecutive years led to outbreak populations of gypsy moth caterpillars in southern New England. 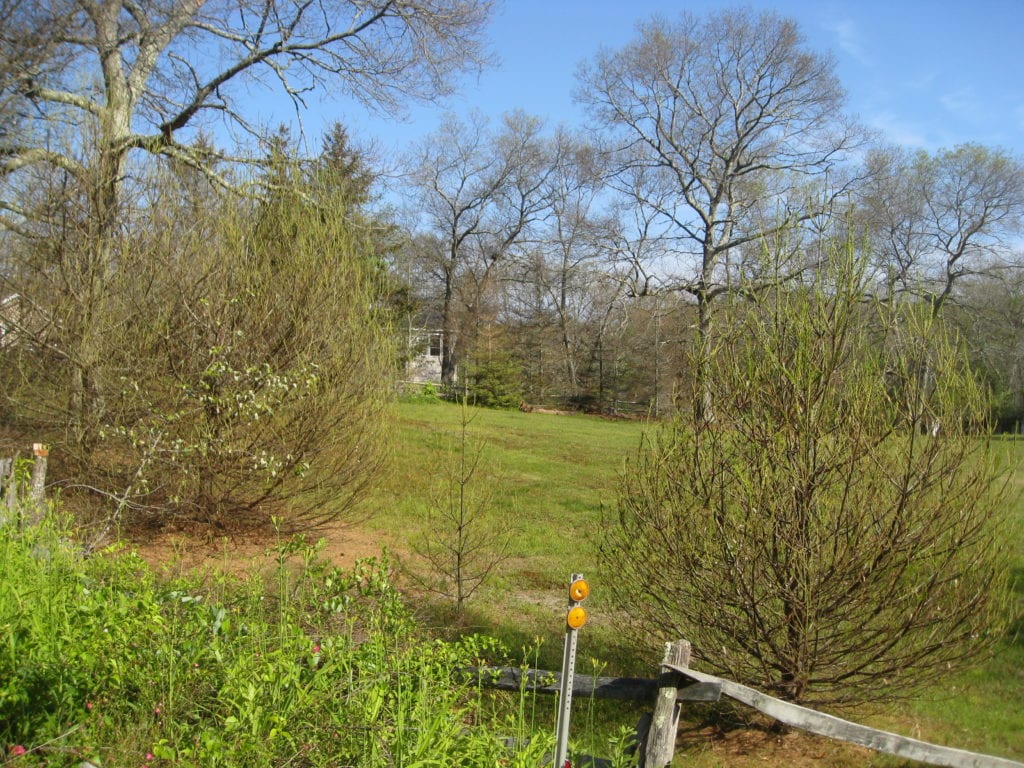 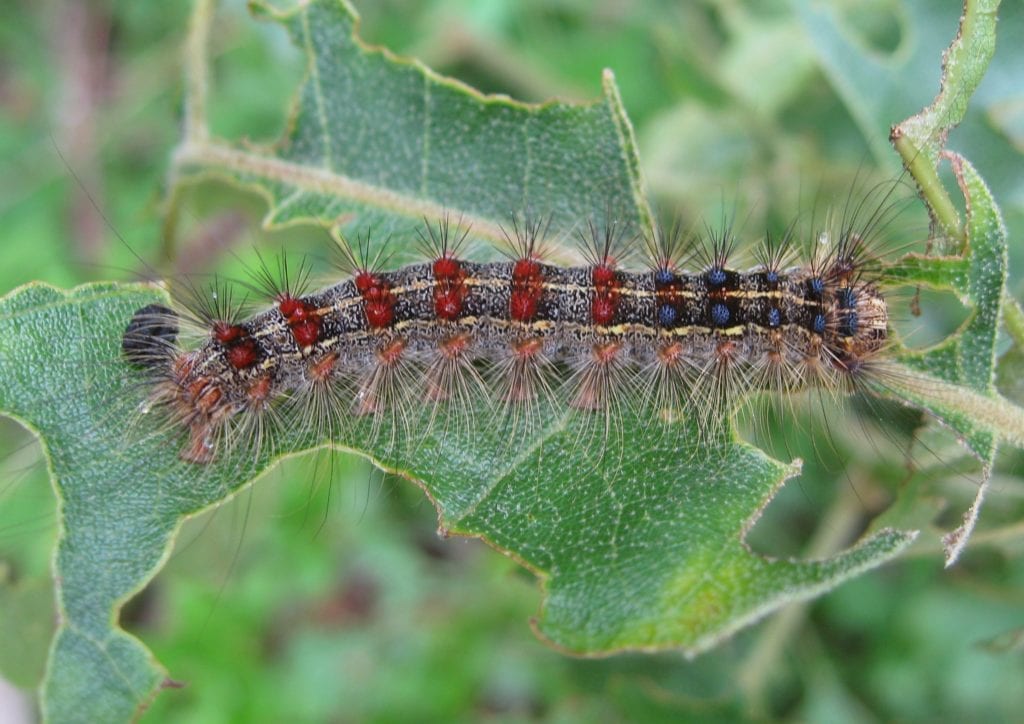 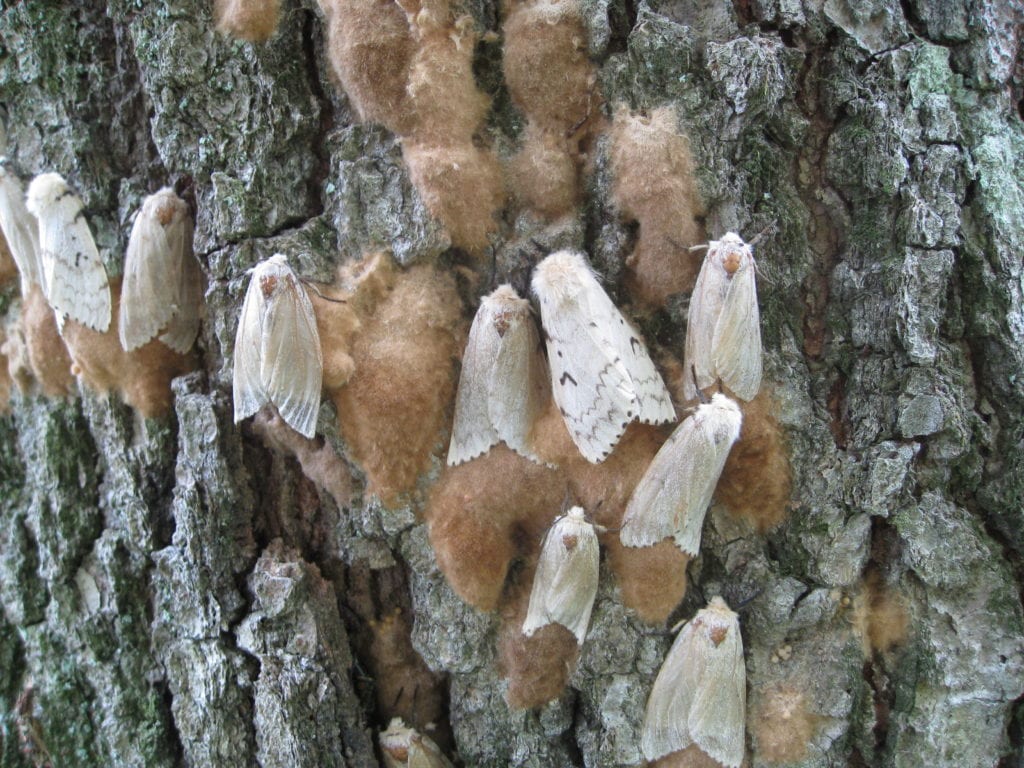 Dead and dying gypsy moths have been attacked by the fungal disease Entomophaga maimaiga. 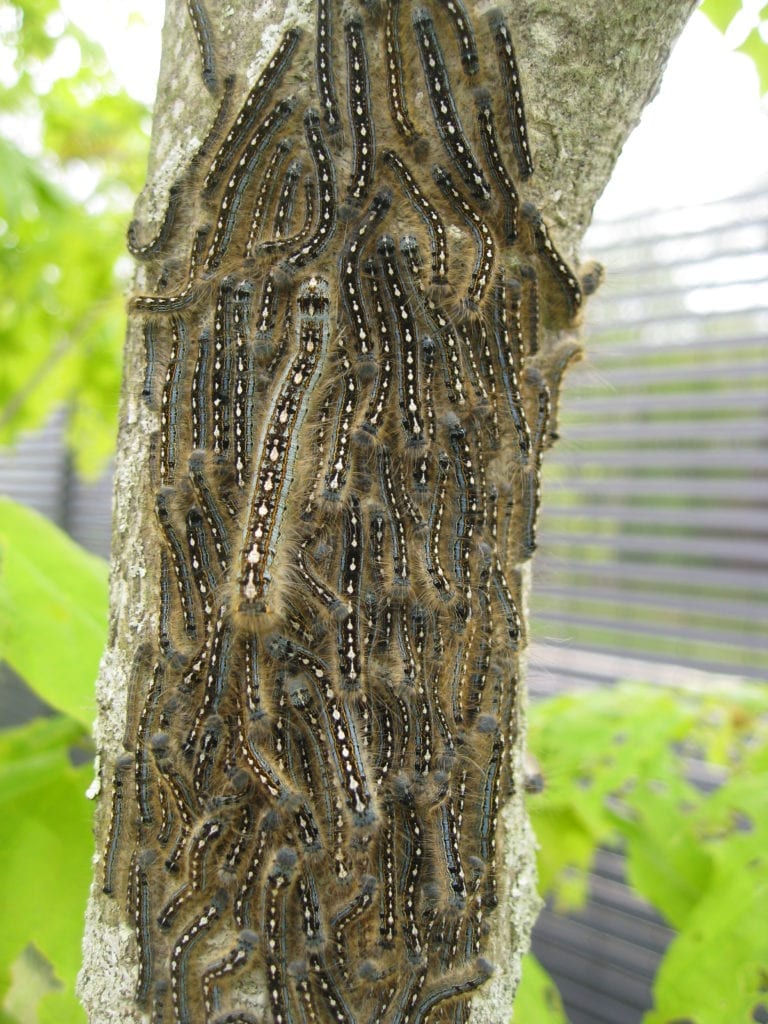 Forest tent caterpillars often cluster together on a silken mat. 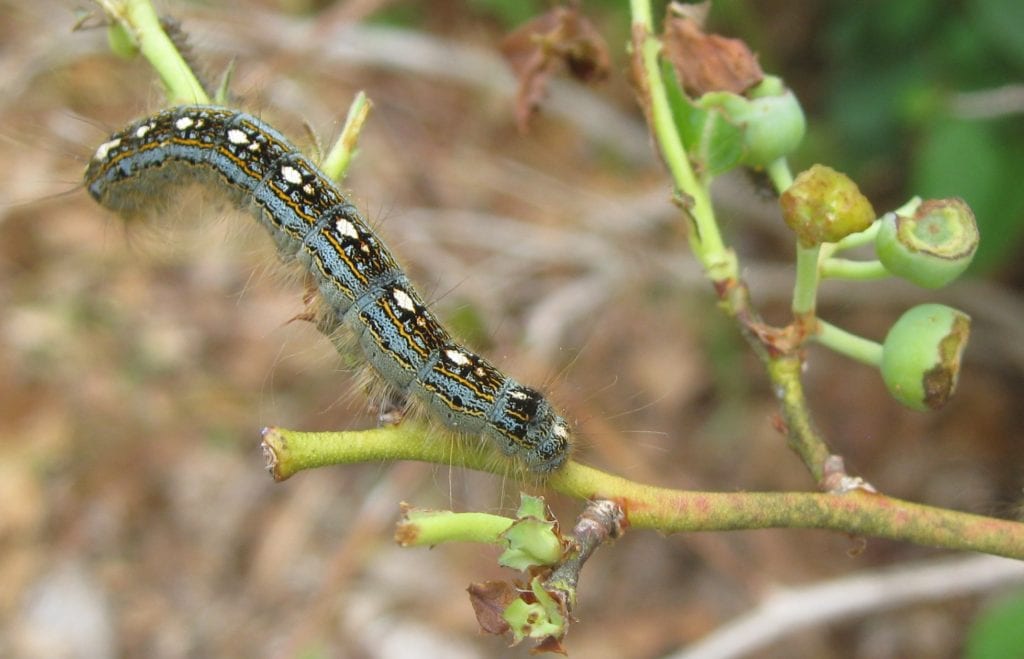 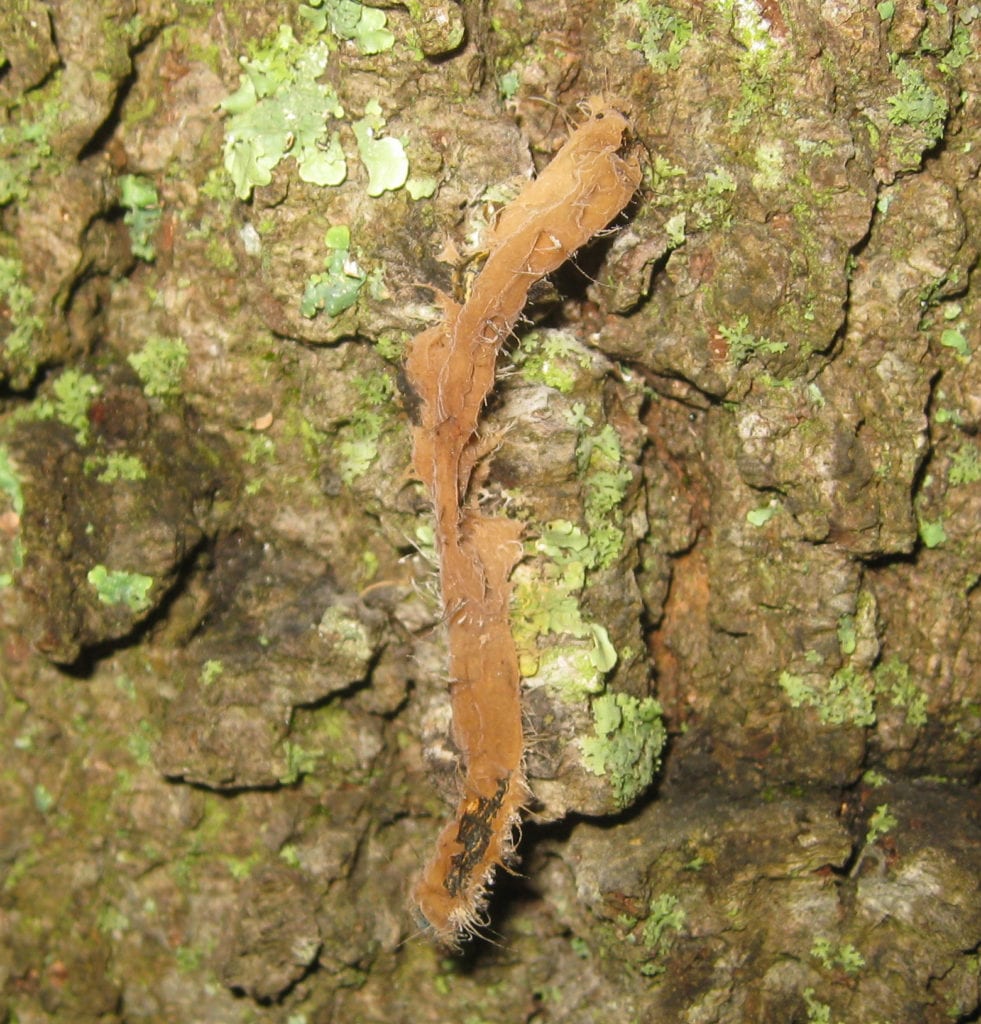 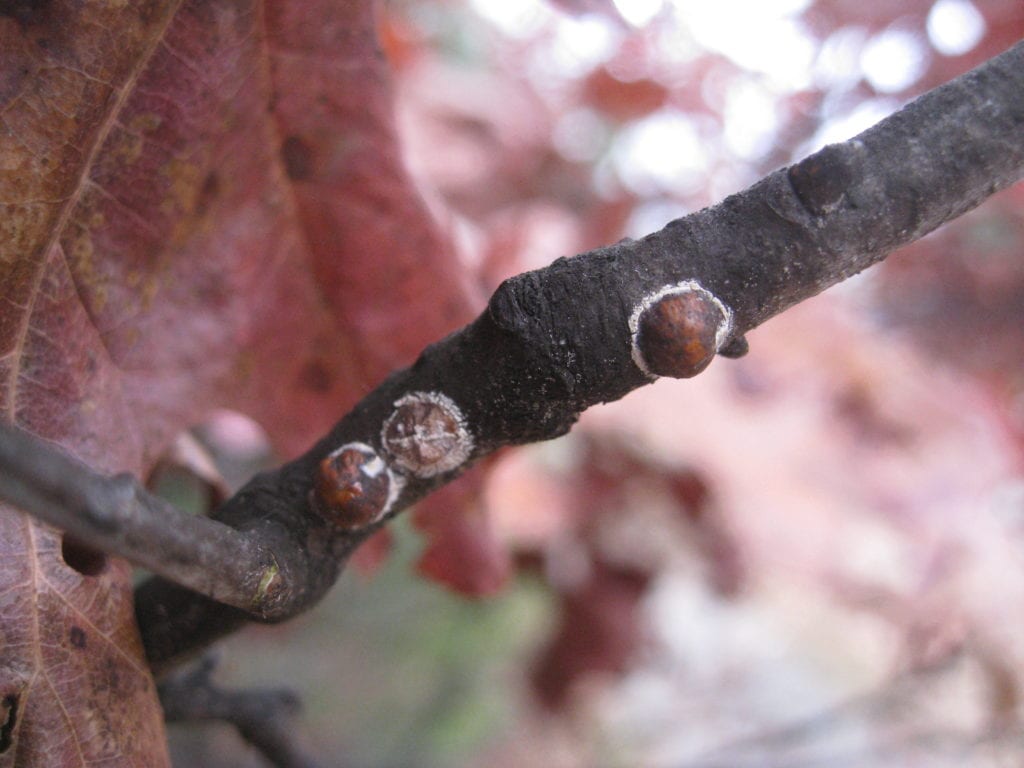 Spider mites are notorious for building up during periods of hot, dry weather. I haven’t seen high numbers of spider mites yet this year, but it has been wet, and the summer is still young. Spider mites often cause leaves or needles to become orangey or bronzed. If you see discolored leaves or needles, check for spider mites, especially on the underside of foliage. Many predatory mites and insects feed on pest mites, so if you encounter spider mites in the landscape check for natural enemies too. For more information on spider mites see this factsheet: https://extension.umd.edu/hgic/spider-mites-trees-and-shrubs. 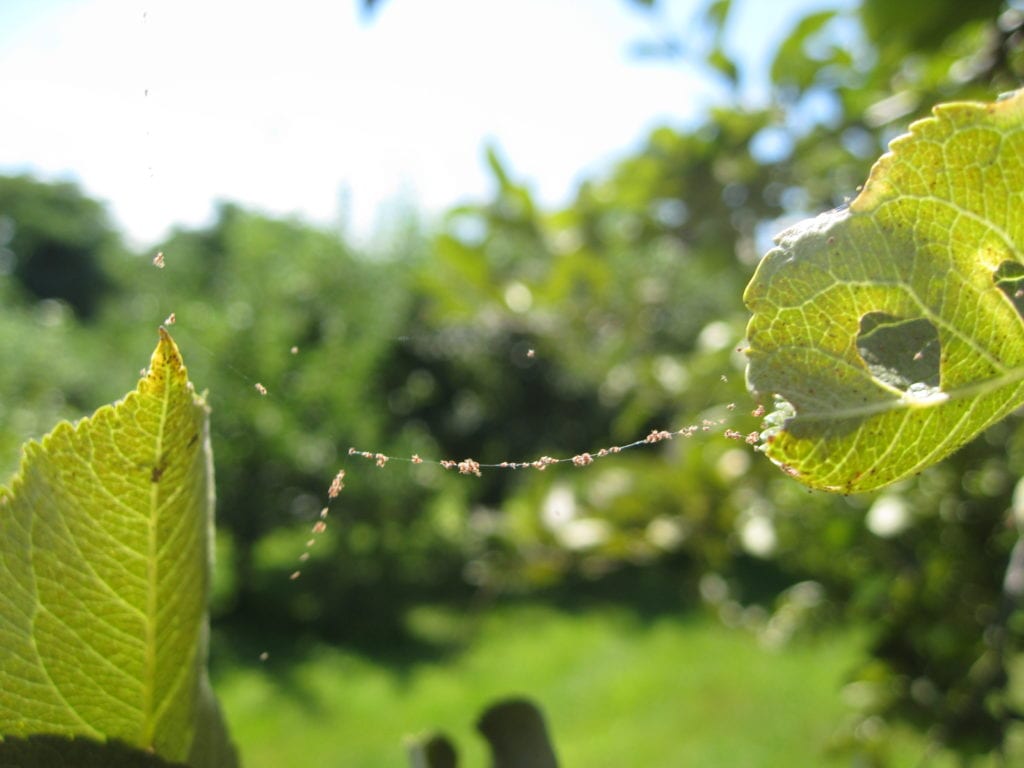 So how to prepare for the next drought? Mulching plants certainly helps conserve water and makes plants less susceptible to droughts. Another option is choosing plants that are more resistant to drought conditions. Are you familiar with the RI Native Plant Guide? This website helps you select native plants for all types of conditions. Search over 350 plant species and choose plants based on desired attributes such as drought resistance. See www.web.uri.edu/RInativeplants/

Heather Faubert runs the Plant Protection Clinic at the University of Rhode Island. Heather has worked in the Plant Sciences Department at URI for 36 years, mostly working with farmers to help solve pest problems. In 2005 she started working in the Plant Clinic and working closely with Rhode Island’s green industry and RINLA (RI Nursery and Landscape Association).