Early successional natural communities — grasslands, meadows, and shrublands — are an increasingly uncommon cover type in New England and elsewhere in the US. In addition to the ecological services they provide — including acting as local seed banks and groundwater recharge areas — these natural communities are valued as open, green spaces for scenic qualities as well as for recreational activities like hiking, dog-walking, and birding, where permitted, especially when they occur in or near densely populated areas.

Open spaces are vulnerable to both man-made and natural changes; they are often lost to residential and industrial development, but when left undisturbed, grasslands and meadows are pioneered by woody species and eventually, naturally succeed to forest. In order to maintain open meadows and grassland ecosystems, these areas must be carefully managed using techniques such as intentional disturbance, mowing, and control of invasive species, either by mechanical or chemical means. 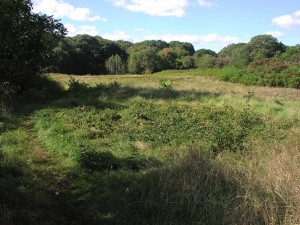 Restored and managed grasslands at Rock Meadow in Belmont, MA

Rock Meadow is a 70-acre conservation property owned by the town of Belmont, Massachusetts. The site had long been managed as grassland, and was well known by a wide variety of users as an attractive, safe, diverse site for dog walking, exercise, and birding. The discontinuation of regular mowing in the ’90s led to a drastic spread in woody invasive species including glossy buckthorn, tree-of-heaven, and black swallowwort as well as native pioneers such as staghorn sumac. 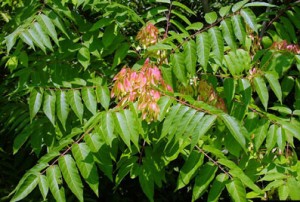 “When it comes to invasive species control, it’s imperative that the regional landscaping community is on board,” Jeff says. “Lots of exotic plants we use in landscaping behave well — they don’t have the right adaptations to spread. But others quickly out-compete the native species. We need to think of seed dispersal in a regional context. Landscapers can help a great deal by steering their clients toward choosing appropriate ornamentals, by discouraging use of known invasives, and by removing exotic invasives whenever possible.” 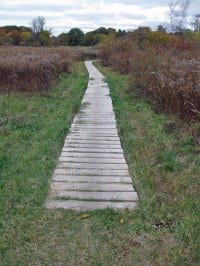 The restoration of Rock Meadow provides open space for local people to enjoy year round.

“Mowing alone just wasn’t enough,” Jeff says. “When mowing fell off more than a decade ago, fast-growing woody species got established. Some of these species spread by rhizome and by root system. Mowing can make them come back even stronger.”

Through a combination of methods and with the commitment of the Belmont Conservation Commission, Rock Meadow now provides a diverse open space where wildlife and local people find sanctuary.

For restoration of Rock Meadow, along with retaining Mass Audubon’s Ecological Extension Service (EES) to complete a vegetation survey and management plan with the goal of managing invasive species and restoring grassland habitat, the Belmont Conservation Commission hired Polatin Ecological Services, LLC (PES) and Heritage Fields (owned by Bruce Scherer) to implement the Plan. The EES plan resulted in a detailed map of trouble spots and recommendations for restoration. PES spent several weeks initiating the project in 2007 by expanding meadow habitat through clearing woody vegetation, controlling invasive plant species, and managing the grasslands. Follow-up herbicide treatments and field mowing were conducted in 2008 and 2009.

The full report on Rock Meadow can be found here.

This article was based on an interview of Jeff Collins conducted by Jennifer Chesworth in June 2010.