By ecopro on June 15, 2012 in Edible Landscaping, Permaculture

This article was first published on February 21, 2012 and is reprinted with permission of TakePart, Beverly Hills, CA.

Forget meadows. The city’s new park will be filled with edible plants, and everything from pears to herbs will be free for the taking.

Seattle’s vision of an urban food oasis is going forward. A seven-acre plot of land in the city’s Beacon Hill neighborhood will be planted with hundreds of different kinds of edibles: walnut and chestnut trees; blueberry and raspberry bushes; fruit trees, including apples and pears; exotics like pineapple, yuzu citrus, guava, persimmons, honeyberries, and lingonberries; herbs; and more. All will be available for public plucking to anyone who wanders into the city’s first food forest. 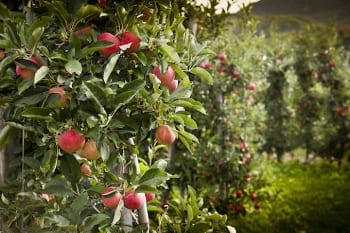 “This is totally innovative, and has never been done before in a public park,” Margarett Harrison, lead landscape architect for the Beacon Food Forest project, tells TakePart. Harrison is working on construction and permit drawings now and expects to break ground this summer.

The concept of a food forest certainly pushes the envelope on urban agriculture and is grounded in the concept of permaculture, which means it will be perennial and self-sustaining, like a forest is in the wild. Not only is this forest Seattle’s first large-scale permaculture project, but it’s also believed to be the first of its kind in the nation.

“The concept means we consider the soils, companion plants, insects, bugs—everything will be mutually beneficial to each other,” says Harrison.

That the plan came together at all is remarkable on its own. What started as a group project for a permaculture design course ended up as a textbook example of community outreach gone right.

Neighborhood input was so valued by the organizers that they even used translators to help Chinese residents have a voice in the planning.

So just who gets to harvest all that low-hanging fruit when the time comes?

“Anyone and everyone,” says Harrison. “There was major discussion about it. People worried, ‘What if someone comes and takes all the blueberries?’ That could very well happen, but maybe someone needed those blueberries. We look at it this way—if we have none at the end of blueberry season, then it means we’re successful.”

Clare Leschin-Hoar covers seafood, sustainability and food politics. Her work has appeared in many publications including Scientific American, The Wall Street Journal, Grist, Eating Well. Follow her on Twitter.

Note: To see an edible forest up close, join ELA for Wellesley College: The Making of an Edible Forest, an Eco-tour with guides David Jacke and Keith Zaltzberg to be held Friday, September 7, 2012, 6:00 – 8:00pm.