This article was first posted in December 2020 in Sierra Club Magazine and is reprinted with the permission of the Sierra Club. 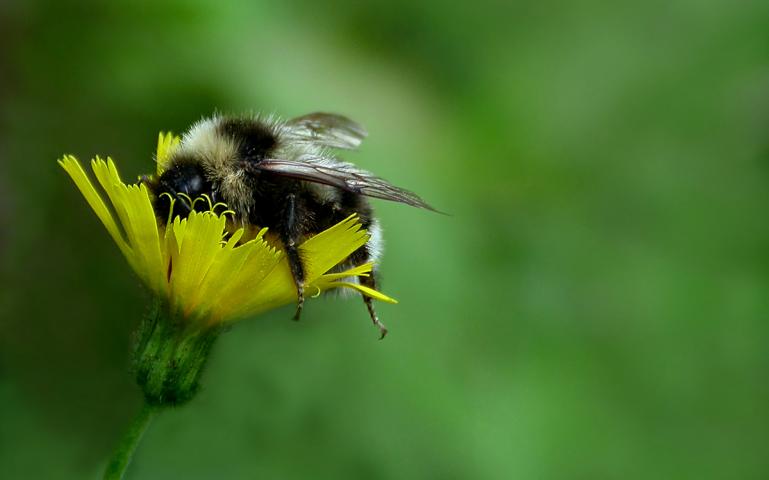 Sleep-deprived honeybees exposed to neonicotinoids can’t make it back to the hive. Photo by EVASPHOTOS/ISTOCK

You wake up after a long night of tossing and turning. Your eyelids feel like lead. You’re thirsty and muddled and feel like you’ve been hit by a Mack Truck. String a few nights like that together and you become disoriented, walking into rooms and forgetting why or taking a wrong turn en route to the grocery store.

Insomnia weighs heavily on humans, and the same is true of bees. They depend on their circadian rhythms—their natural sleep-wake cycle—and when it’s disrupted they become confused. For a bee, that doesn’t just mean overeating or losing patience with a spouse. It means never making it back to the hive.

Honeybees, much like humans, need their sleep. Active during the day and quiet at night, they often enjoy nine hours of nightly rest. Also like humans, bees go through sleep homeostasis. Simply put, when they don’t get enough sleep one night, they make it up the next. Their sleep cycle is a delicate dance of survival that they depend on to be successful navigators, reproducers, and foragers. Bees, for example, use their biological clock to be present in front of a flower at the very moment that it opens on a particular day.

Douglas McMahon is a professor of biological sciences at Vanderbilt University. He, along with postdoctoral scholar Michael Tackenberg, began studying honeybees and pesticides a few years ago to answer a simple question: Why do some honeybees seem to be getting lost on their way back to the hive? Their recent paper published in Scientific Reports found that the common class of pesticides called neonicotinoids built up in the bees’ brains and disrupted their circadian rhythms.

“In the presence of the pesticides, their sleep was cut in half,” says McMahon. After just three days of low-level exposure, they became relative insomniacs, staying up late into the night.

Bees depend on local visual cues to find their way back when they’re foraging close to the hive, but once they get farther away, they depend on their circadian clock in relation to where the sun is in the sky to navigate back, like a compass. They know the direction back based on their angle to the sun. But neonicotinoid pesticides can disturb this fragile process.

As part of the study, bees living in Vanderbilt University hives without exposure to any pesticides were brought into the lab. They were placed in individual test tubes and split into two groups. The first group was given bee candy made with honey and powdered sugar and the second group was given the same bee candy dosed with small, nonlethal amounts of the neonicotinoids thiamethoxam and clothianidin. The dosed bees slept half as long, and when scientists looked at their brains, they were able to detect the buildup of pesticides.

Kirsten Traynor, a research associate focused on honeybee societies at Arizona State University, isn’t surprised that “neonics” were so disruptive to a bee’s sleep schedule. She says that when bees are out of sync with their normal daily routine, they also may not process the incoming nectar as quickly to turn it into honey. And, she says, these pesticides have been shown to impact a bee’s learning and memory. Importantly, this study focused on small doses of neonics rather than the very high doses used in other studies, a level that honeybees don’t frequently encounter in the field.

Still, Traynor adds, the test situation used isolated bees in lab test tubes, which isn’t in line with their normally social behavior. She’d like to see future research look at circadian rhythm disruptions in a colony using new bee-tracking systems to see how it would work in a more natural environment.

Such research is critically needed, as these pesticides appear to be doing real damage. When bumblebees are exposed, for example, they seem to produce far fewer queens. Since queens are the only bumblebees that survive the winter and reproduce the next year, this could severely reduce their numbers.

Neonics have come under increasing scrutiny in recent years as native bee numbers continue to decline. By how much is not clear because we have very poor data on the distribution and range of native bees, says Traynor, and without a baseline, it’s hard to say how many have been lost.

But even though research has consistently shown that these pesticides are problematic, the EPA hasn’t taken any real steps to reduce their use. The agency is currently reviewing four neonicotinoid pesticides, including thiamethoxam and clothianidin used in this study, to look at the risk they pose to pollinators as well as to human health and aquatic environments, with a final ruling coming in 2021. Under the Obama administration, a blanket ban halted their use in wildlife refuges, but the Trump administration promptly reversed the ban four years later. We’re already far behind the European Union, which banned clothianidin and thiamethoxam as well as another neonicotinoid called imidacloprid in 2013.

What is clear is that these pesticides, even in small doses, are taking a toll on bees, especially neurologically. Exhausted after days without sleep, they’re getting lost. “Think of the hive-like an aircraft carrier, says McMahon. “They take off with enough fuel to get back, but if they get lost, they normally don’t make it through the night.”

Sara Novak is an independent journalist who reports on travel, parenting, science, and health.