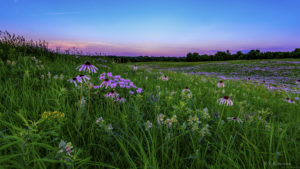 At the time of statehood, at least 15 million acres of tallgrass prairie blanketed Missouri—about a third of the state. Midwest prairie was part of the North American prairie ecosystem that stretched from the East Coast to the Rockies, north into Canada, and south to Mexico.  Today, there are fewer than 60,000 scattered prairie acres remaining in Missouri—less than 1/10 of 1% of its original acreage—and similar losses have occurred nationwide. Yet, these original remnants remain vital habitat for thousands of prairie species, and new scientific data are gathered from our prairie remnants every year, despite the fact that ecologists have determined that prairie is one of the least conserved, most threatened terrestrial ecosystems on earth. 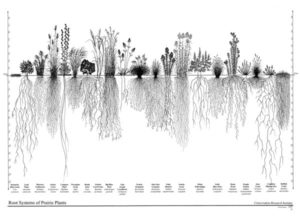 Missouri’s prairie remnants have inherent value—and they also provide us with a model for a more sustainable kind of economy with prairie plantings that perform many monetarily valuable services for us: carbon storage, water filtration, pollination, and other measurable benefits. Carol Davit, Davit, Executive Director of Missouri Prairie Foundation, will present on the history, beauty, and conservation of Missouri’s prairies, and share facets of the new tallgrass prairie economy, which uses an ancient ecosystem as a model for new, sustainable landscapes that benefit people in many ways. 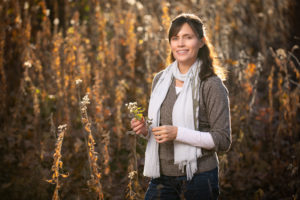 Carol Davit is the Executive Director of the Missouri Prairie Foundation, a 53-year-old conservation organization and land trust. She oversees all operations of MPF – including fundraising, strategic planning, communications, advocacy, the Grow Native! program, and administration, and has edited the Missouri Prairie Journal since 1996.

Davit has worked for more than 20 years in the conservation and environmental fields in communications, development, administration, and leadership capacities. She has worked for private, nonprofit conservation groups and at the municipal and state government levels. Davit serves on the Missouri Monarch and Pollinator Conservation Steering Committee, OAKS (Missouri Outdoor Action Committee), and on MELAB—the Missouri Environmental Literacy Advisory Board. She is the chair of the Conservation Federation of Missouri’s Grasslands Committee and of the MPF’s/Grow Native!’s Missouri Invasive Plant Task Force. She has been the editor of field guides and written on a wide variety of natural history and conservation topics for the Missouri Prairie Journal, the Missouri Conservationist, and other publications. Davit has B.A. and M.A. degrees in Interdisciplinary Studies.  Carol and her husband and son are Missouri Stream Team #3631. 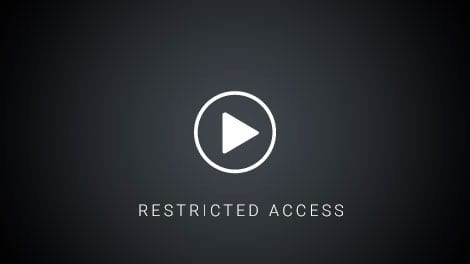