Webinar: Let Them Eat Flowers: The Gardens of Paris 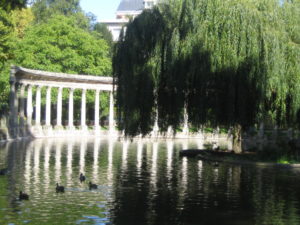 Paris gardens were originally inspired by the classical and romantic styles found in Italy and England. Over the past two hundred years, designers have created a uniquely Parisian look to the gardens, as they have become a cultural way of life. Today, Paris boasts of more than 400 private and public gardens, each one appreciated for its distinct place in the fabric of the city. 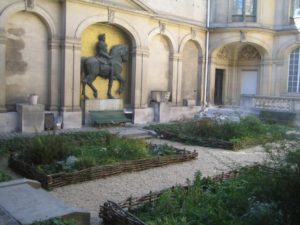 The tour will begin with such well-known parks as Luxembourg, Tuileries and Bagatelle, smaller gardens such as Monceau, Rodin, and Carnavalet, and also a few surprises such as Promenade du Plantee, Hotel du Sully and Mosque du Paris. In Paris, a park is almost never a mere plot of grass reserved for leisure, and a garden is rarely a random selection of flowers and plants. Parisians pride themselves in making their city’s parks and gardens places of elegance, artistic detail, and symmetry– even the romantic gardens have been carefully planned to imitate nature.

CeCe Haydock graduated from Princeton University (BA English) and received a master’s degree in landscape architecture from the SUNY School of Environmental Science and Forestry. After working for the New York City Parks Department, she joined the firm, Innocenti and Webel in Locust Valley, NY, before starting her private practice. In 2007, she did research as a Visiting Scholar at the American Academy in Rome on Edith Wharton and Italian villas. She has lectured and written on historic Italian, French, and American gardens for Old Westbury Gardens, Maryland’s Ladew Topiary Gardens, Princeton University, and numerous garden and horticultural clubs. A trustee of Planting Fields Arboretum and a member of the International Council of The Preservation Society of Newport County and a visiting lecturer at the New York Botanic Garden. CeCe is currently expanding her private practice to include landscape sustainability.


Have a landscaping question? Ask an ELA Eco-Pro.