Homeowners and horticulturists alike use the term ecological land­scaping to express an awareness of the importance of environmental issues. Unfortunately their awareness does not extend into the realm of seman­tics. The phrase “ecological landscap­ing,” despite its popularity, is ambigu­ous, mainly because the word “ecology” itself has two distinct meanings. Within the field of horticulture, ecol­ogy generally refers to landscape maintenance techniques that are less destructive, polluting, or energy-consumptive than “traditional” tech­niques—basically what is referred to as being “green.” From the biological perspective, ecology describes the structure, development, and function of ecosystems. The fact that people use the same word in different ways has led to significant communication problems among people who work with different aspects of horticulture. In the hope of bridging such commu­nication gaps, this brief article high­lights other important words and concepts that are bandied about in the literature without concern for their precise meaning. 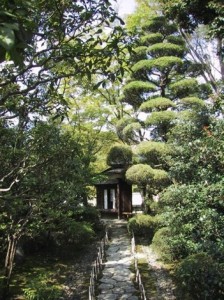 While gardeners can learn many things from studying “natural” plant associations, there are clear limits to how far one can carry the comparison. The concept of succession is a case in point. In unmanaged landscapes, the processes that lead to the development of a community of plants and animals on any given piece of land are unpre­dictable. The apparent stability of that community at any given point in time is an illusion; the reality is an ongoing change in composition induced by unpredictable disturbances.

In contrast, designed landscapes typically consist of a limited number of plants assigned to fixed positions. There is little or no room for dynamic interaction among the various species, and no provision for additions or deletions to the design. Most land­scapes are based on the assumption that the conditions that prevail at the time of installation will continue more or less unchanged into the foreseeable future. Gardening is essentially about humans controlling—even disregarding—the successional process to pro­duce specific aesthetic effects, while ecology is about natural selection con­trolling plant succession based on the principle of survival of the fittest.

Closely related to the concepts of ecology and succession, and equally ambiguous, is the concept of a “weed.” Deciding which plants to cultivate and which to eradicate is one of the most basic issues that a gardener faces. From the horticultural perspec­tive, the concept of a weed is relative and a function of the purpose of the landscape: a weed is a plant that the gardener does not want. From the biological point of view, there is no such thing as a weed. The nearest equivalent would be a colonizing or early successional plant that requires some form of disturbance of the land to become established and survive. 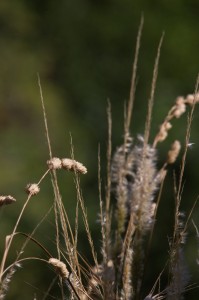 The final element in this all-too-sim­ple discussion of ecological landscap­ing concerns the crucial role that dis­turbance (i.e., environmental change) plays in shaping the development and structure of all plant communities, managed as well as unmanaged. Two basic categories of disturbance can be recognized: that which is part of the “natural” disturbance cycle—includ­ing wind, fire, ice, and water—and that which is a byproduct of human activity, known as anthropogenic dis­turbance. In its broadest sense, this latter category includes the insidious effects of all types of pollution includ­ing acid rain, air pollution, road salt, and fertilizer runoff—as well as the large-scale effects of ecosystem man­agement programs that modify the normal nutrient, fire, or water cycles of a given region. The issue of global warming, which has the potential to affect large-scale weather patterns, is making it increasingly difficult to keep these two categories of distur­bance separate from one another.

The different meanings of the words ecology, succession, weed, and distur­bance play out in the different ways people view the contentious issue of introduced species. From a conserva­tionist perspective, exotic species are generally seen as disruptive elements that invade natural habitats and dis­place native plants. From a biological perspective, exotic plant “invasions” can be viewed as symptoms of human-induced environmental degra­dation rather than the cause of it. Invasive species, regardless of their nativity, typically display broad eco­logical amplitudes (i.e., adaptability) that allow them to exploit the chaos that ensues when existing plant com­munities have been destabilized by environmental disturbance, either natural or anthropogenic. As with so many things in life today, the ever-expanding human population is the real problem: exotic plants and animals are convenient scapegoats.

Like it or not, the world is con­stantly changing, and the forests and fields of the future are going to look quite different from those we see around us today. Globalization seems to have taken over our environment in much the same way that it has taken over our economy. The minute we stop maintaining our gardens, the ravages of wind, snow, ice, droughts, floods, weeds, pests, and diseases transform them into something we never imagined. Basically there’s no such thing as a “natural” garden, even one that consists entirely of native species. Much as we might like to deny it, nature abhors a garden. 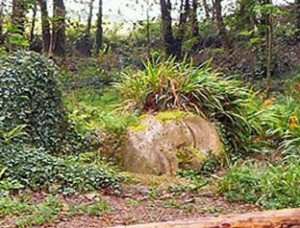 We cannot mimic nature in our gardens because nature is a process, not a product. The best we can do is stick to a few basic principles: get the right plant in the right place; practice consistent maintenance over the long term; and most importantly, know why we’re growing a garden and how we want it to look in the future. Indeed, being able to visualize the future is really the only thing that keeps us working on our gardens in the present.

Botanist Peter Del Tredici is director of Living Collections at the Arnold Arboretum of Harvard University and a lecturer in the Department of Landscape Architecture, Har­vard School of Design. He lectures frequently and his writing has appeared in numerous publications. This article, which appeared in Pacific Horticulture, July/Aug./Sept. 2001, and in The Ecological Landscaper Winter 2006-07 edition, appears by permission of the author. Peter Del Tredici is one of ELA’s featured keynote panelists at the upcoming ELA Conference & Eco-Marketplace, March 3, 2011.

Staying Ahead of the Curve
Going Native: the Sustainable Choice