By i.am.georgia.harris on November 14, 2021 in Native Plants

The demand for native plants by homeowners, designers and people in the green industry is steadily rising. Doug Tallamy’s Homegrown National Park campaign is challenging us to think of our landscapes as much more than something to look at, but rather as a vital source of food and habitat for microorganisms and innumerable wildlife.

Over thousands of years, plants native to an ecoregion (areas where ecosystems are generally similar), co-evolved with the wildlife that relies on them. As a result, native species and the life that depends on them, have formed symbiotic relationships that synchronize need with provision. For example, plants that provide food and habitat in spring when birds are rearing their young, and other plants that form berries that remain on the stem to be and consumed later in the season after other sources are depleted. A very well-choreographed dance, indeed. As herbivores disperse seeds, the genetic diversity of plants produced from those seeds is strengthened, allowing them to withstand conditions other plants could not. Despite these benefits, barriers exist to their widespread use, particularly in home gardens. Lack of knowledge about native plants is a primary one.

The majority of consumers purchase what they know and what catches their eye. Years of research has shown that particular characteristics such as uniformity, extended bloom time, compact form, disease resistance and a range of color options (blooms and leaves) are what consumers most frequently seek. Unlike ornamental plants and cultivars (a genetic variant of straight species) that are basically cloned by vegetative means, straight species grow in the wild, with genetic diversity to increase their adaptability. Mother Nature designs their characteristics, not hybridizers and geneticists.

Time poses another barrier. Sourcing seed is often a slow process, particularly for smaller nurseries with few seed crops. Growing the material to the point it is aesthetically pleasing, is time-consuming; it’s challenging to compete with producers that can supply nurseries on a larger scale and with greater speed.

In 2017, the Mt. Cuba Center measured the availability of native plants (and invasive plants) in the nursery industry. The results showed 25% of all the taxa sold by nurseries to be native (in the regional industry). This percentage included native species, cultivars and hybrids. Of those natives, 23% were straight species; the majority, 77%, available to consumers, were cultivated forms.

It’s hard for straight species to compete with cultivars for attention. Cultivars were introduced to provide a more aesthetically pleasing and uniform version of native plants. Some contain similar ecological value to the straight species, and others do not. For example, the double-flowered cultivar of Echinacea purpurea ‘Pink Double Delight’ is sterile, incapable of providing food to wildlife. On the other hand, the cultivar ‘White Swan’ is commonly visited by a diversity of bees, butterflies, and beetles. Cultivars carry many of the characteristics consumers seek, and the demand for them continues to be high. Growers are constantly trialing new varieties and offering more options to nurseries. Cultivars are a consistently strong product for nurseries.

In 2019, The Mt. Cuba Center released a report entitled Sourcing Native Plants Research. Twelve researchers from institutions dedicated to horticulture, conservation, ecology, and educating the public gathered to assess the suitability of native plants and their cultures in a range of landscape uses, from a home pollinator garden to large-scale landscape restoration. They assessed the suitability of different native and cultivar plants from 761 sources for 72 commonly sold native species in two different planting contexts (small, isolated, highly disturbed sites vs. large, undisturbed sites near remnant populations). What they discovered was information on genetic and adaptive backgrounds from sources was surprisingly lacking; one-third of the sources had to be excluded from the assessment. The conclusion – cultivars can play an important role in sustaining the local food web; however, not all are equal in their ability to do so. Proper labeling and a plant’s genetic provenance increase the likelihood the right plant will be installed in the right place, resulting in greater success.

Enhancing our properties’ wildlife support functions doesn’t require an absence of ornamentals, and other plantings we enjoy. Some straight species and cultivars with high ecological value can provide a lot. Taking it a step further, Doug Tallamy is advocating for the repurposing of “America’s lawnscape” for ecologically productive use. Corridors of native plants capable of feeding millions of insects and Lepidoptera that wildlife depends on is key to maintaining a strong food web.

Concerns about the shortcomings of cultivars, less genetic diversity, unknown provenance, and compromised ecological value, have some proponents of straight species starting businesses of their own. Along the south shore of Massachusetts, three women had been sharing seeds they had (appropriately) collected from local native plants to grow for neighboring gardeners. Britt Drews, Jasmin Callahan, and Kristen Nicholson took seed sharing one step further during the height of COVID, they grew plants in their backyards and started a business, Blue Stem Natives. In May 2021, their doors opened, and without blinking an eye, discerning consumers were purchasing volumes of their material. “People just haven’t had access due to traditional garden center choices,” according to Britt. “They don’t know other options.” Now, the threesome has acquired land and is building a large greenhouse to expand their production. 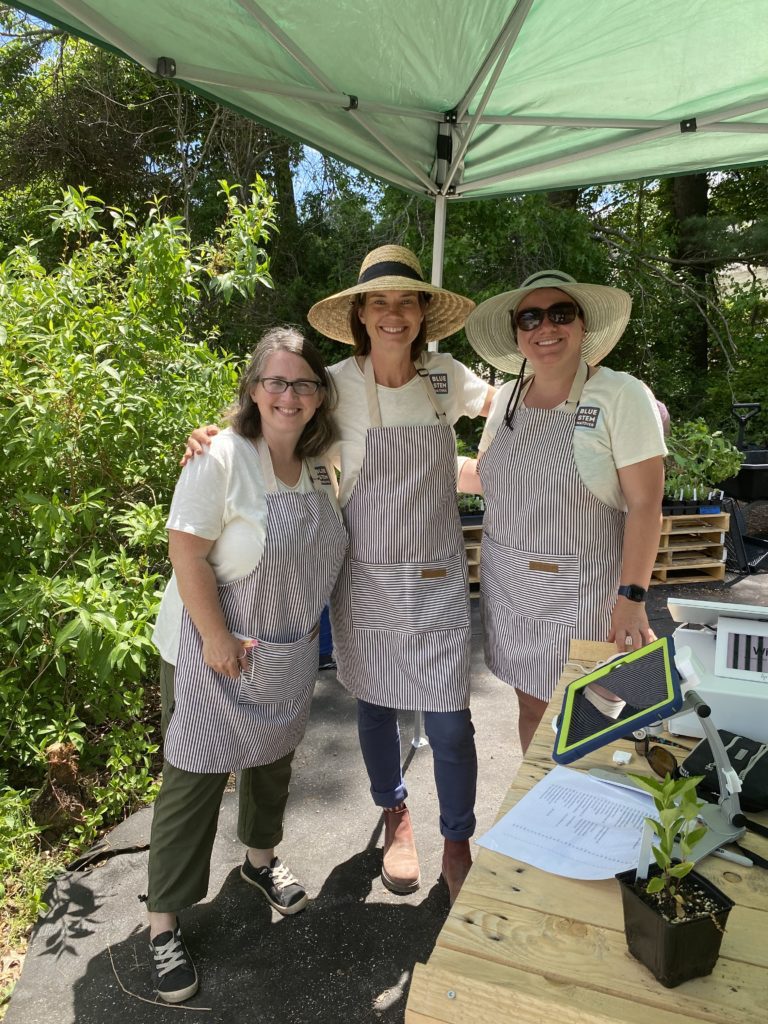 Nurseries are beginning to hear the increased demand for straight species as the need for genetic diversity and strong ecological value becomes more apparent. The increasing frequency of extreme weather events raises questions about which plants will have the ability to survive in the future. Growers and those in the nursery industry can no longer push aside conversations about plant survival.

Some nurseries are beginning to enhance their marketing of straight species by creating “kits,” species grouped for function and conditions. Woodland gardens, meadows, erosion control, extreme drought tolerance, and ground covers that serve as living mulch are some examples. Perhaps including information on labels to educate people about types of wildlife plants support will help prompt the public to learn even more. 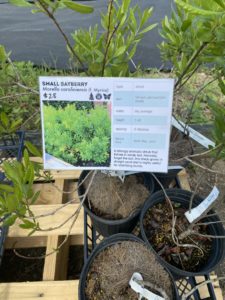 As a preemptive measure, botanists and others are considering other ways genetic diversity can increase adaptation. Introducing seeds and plants not local to ecoregions may buy us time to create viable populations as conditions quickly change.

Which brings us to the question of how can we effectively increase the supply of straight species? Horticulturalists, designers, growers, nurseries, and others in the green industry should continue educating and working collaboratively. By expanding the narrative, an increase in supply may follow. The more attention we give to Mother Nature, the better our outcomes will be. She is the best designer.

To look up your ecoregion – epa.gov (ecoregions)

To find plants appropriate to your ecoregion, visit the following sites:

Before discovering her love for gardening, Marie Soulliere-Chieppo was the researcher for the Editor in Chief at the New England Journal of Medicine. For the past 23 years, she has been a landscape designer and horticulturist with a passion for healthy landscapes. As a member of the Association of Professional Landscape Designer’s Sustainability Committee, she was asked to research the issue of plastic horticultural pots, their disposal, and how their use impacts our environment. For six months, she plunged into this issue and made some jaw-dropping discoveries. The white paper entitled, “Plastic Pots and The Green Industry: Production, Use, Disposal and Environmental Impacts” was published in July 2020.