By i.am.georgia.harris on October 14, 2021 in Landscaping for Wildlife

This article originally appeared in LD+A Magazine – September 2018 issue and is reprinted with their permission and the author.

The human-centric focus on the impact of artificial light has overshadowed its effects on animals and plants.

Darkness is disappearing from the face of the Earth, blinding wildlife in the light. Since life began, the Earth’s rotation has created cyclical darkness by which living things evolved, tuning instincts and behaviors over millennia. Each night, darkness fell upon the Earth without fail. This darkness brought a moment of rest and reflection, and a philosophy of understanding one’s place in the universe by looking up at the night’s sky. There is a subtle yet profound loss without this moment of reflection, and much of the discussion of dark sky awareness has focused on this loss. Yet, there is something much more urgent happening than the loss of philosophy and reflection.

The loss of darkness has inhibited the sensory experience of wildlife, changing not only the behavior of species but also how species interact with one another. Whether it is a tree’s misunderstanding of how soon winter is to prepare for dormancy[1] or a bird’s inability to see the night’s sky for astronavigation, artificial light is creating a language for animals and plants that is impossible to interpret.

For wildlife, light has been the environmental factor that has remained constant and therefore became the great indicator of time and space. In comparison to the ebb and flow of other factors such as weather patterns and climate, light’s precision was incomparable. In the last 100 years, the original ways to perceive time and space through light have become distorted, altering perception of the natural daylight cycle and obscuring the view of the night’s sky. This has created blindness for all living creatures on Earth, with unknowable impact.

In recent years, we have begun to understand that the impact of light upon humans is more than just visual. Light is deeply connected to circadian functions through biochemical reactions in the body. While we have begun to wrestle with the benefits and drawbacks of artificial light for humans, this human-centered focus has overshadowed the understanding of the impact of artificial light upon the environment. Circadian rhythms are also present in plants and animals and in many ways are more important for wildlife than for humans. For wildlife, staying in rhythm with the environment is the first line of defense for survival.

As humans, the sky was our first screen, revealing constantly changing data about time, season, location, direction, and the Earth’s atmospheric conditions. In modern times, we now have other ways of collecting information about the world, whether it’s the phone we keep in our pockets, the television, or social behaviors. For animals, the sky is an irreplaceable and unique source of information that speaks directly to instincts developed over lifetimes of evolution. Here are a few examples of impacts among species: 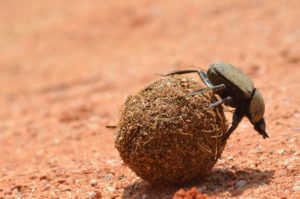 Dung beetles. Astronavigation is a key migratory mechanism utilized by many species, such as birds, whales, and insects. Dung Beetles, for instance, use the map of the stars to move efficiently in straight lines[2], avoiding both predators and competitors. In one study, the beetles were placed in a planetarium. When the lights of the stars were on, the beetles moved in straight, direct paths. When the lights were off, the beetles scattered into chaotic movement.[3] In the obstruction of the night’s sky, animals truly lose their way through disorientation and fixation on artificial light sources. 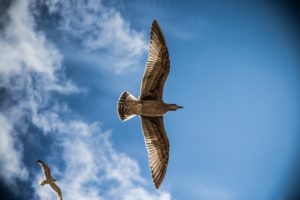 Birds. Birds also utilize the night’s sky to navigate and can be drawn off course into the faux constellations of city skylines. In the presence of artificial light at night, birds have been known to lower their altitude of migration, especially when cloud coverage makes astronavigation difficult. Birds perceive form, especially reflective windows, much differently than humans and often die due to collisions into buildings. In North America, it is estimated that up to one billion birds collide into buildings every year.[4] Design innovation can help with this, creating form factors that are more easily understood by birds. For example, the Aqua Tower in Chicago by Studio Gang offers undulating overhangs and fritted glass to help birds better perceive the building’s form. This type of thoughtful design, along with the use of window coverings, specific color selection[5] and perhaps design innovations that have yet to be innovated can all help to alleviate bird death. 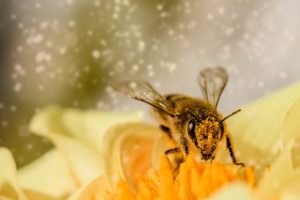 Plants. Recently, a reduction in pollination has raised concern about reproduction in plants and crops. Artificial light plays a role in this, distracting insects from their ecosystem service of pollination. Common pollinators include bees, butterflies, wasps, moths, flies, and beetles. Some pollinating species are diurnal and active during the day like humans, and others are nocturnal. Both diurnal and nocturnal pollination are needed for plant reproduction. However, in the presence of artificial light at night, nocturnal insects are pulled toward the light and away from plants. In one study that compared a lit meadow to a dark meadow, the lit meadow received 62% fewer visits by nocturnal insects and bore 13% less fruits in the plant studied, cabbage thistle.[6] In addition, insects are often pollinating their own food sources and are therefore reducing their sources of sustenance.[7] 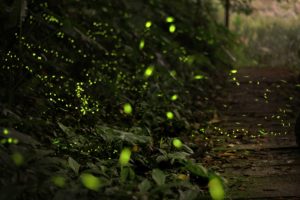 Fireflies. Some insects also communicate with light itself utilizing bioluminescence, a photochemical process involving special enzymes. For instance, there are more than 2,000 species of Fireflies, and with the exception of Antarctica, they inhabit every continent. In one study, fireflies exhibited nearly 50% fewer light flashes when artificial light was present.[8] Fireflies flash light to ward off predators, and also as a love language for reproductive purposes.[9] Their larvae also glow to warn predators of their bad flavor. The presence of light at night interrupts this language, endangering the animal at all stages of life. 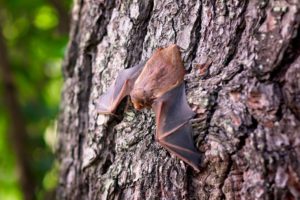 Bats. One hundred percent of all 900 Bat species are nocturnal, and they are a key part of the ecosystem because they feed on, and help maintain the population of, the estimated 10 quintillion insects that are alive on Earth at any given moment. Streetlights, which attract insects, then attract bats to feed on insects. According to Jens Rydell, “The habit of feeding at artificial lights is now so common and widespread among bats that it must be considered part of the normal life habit of many species.”[10] In summary, artificial light attracts insects away from plants, reducing pollination, and toward streetlights, altering the normal behavior of bats. Therefore, artificial light at night does not just affect behaviors within specific species, it also causes changes in behaviors between species, rapidly changing the network of complex behaviors that support the interdependence of all living things on Earth. 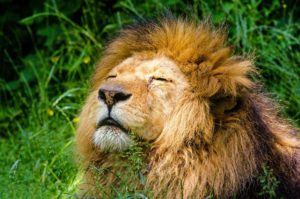 Simply put, light outside of natural daylight cycles is a form of pollution for all living creatures, whether directly, or indirectly. Yet if right this second the power went out, light pollution would immediately go away. That is to say, of all forms of environmental pollution, light pollution may, in fact, be one of the easiest to solve.

As lighting controls begin to become a mandatory component of lighting designs, it bears mentioning that the very name, lighting controls, points to the fact that we have not been in control of lighting up until this point. This is evidenced by the many satellite images of Earth showing enormous amounts of light spill into the sky. Design for the environment has always been difficult to navigate within a cost-driven economy where human comfort and safety are central concepts. Yet controls offer a way to utilize one lighting installation in multiple ways, therefore adding in the ability to bring in environmental lighting concepts easily.

There are many other innovations that will contribute to reducing the effect of artificial light upon the environment, such as Dark-Sky compliant fixtures, color tuning and fixture optics. As the lighting industry emerges from its nascence of utilizing older, inefficient sources such as metal halide and fluorescent lamps, we are coming into a new era of LEDs. The tiny size of LED chips offers unparalleled optics and the ability to direct light exactly where we want it.

Lastly, as LEDs refine color techniques, including tuning and designing with specific wavelengths, we may just find ourselves with abilities in lighting design that we have never had before, such as biologically supporting wellbeing by fine-tuning wavelengths for specific needs across species. The future of lighting is not just about human health, but rather about the wellbeing of all beings in order to best support biodiversity and interdependence.

[7] I 7, 2. O. (2017, August 07). Lights at Night Turn Nocturnal Pollinators Off. Retrieved from http://darksky.org/lights-at-night-turn-nocturnal-pollinators-off/

Jane Slade, Member IES (2014), is a lighting expert and consultant, and a recent Richard Kelly Grant recipient for her explorations into the social and emotional impacts of light. Slade is the Vice President of the DLF of New England, a member of the Outdoor Environmental Lighting Committee of the IES, a yoga teacher, and a lighting fixture artist at www.anatomyoflight.com. She is based in Cambridge, MA. For any questions or comments, please email: janes@speclines.net