By Maureen Sundberg on October 15, 2019 in Landscape Challenges, Pest Management

Mantises are one of the most ferocious predators in the animal kingdom. Able to capture and kill prey much larger than themselves, they have adapted into efficient, ruthless hunters and are valuable in the control of insect pests. However, Maryland has three species of exotic mantises, which may do more harm than good where they become too numerous. As indiscriminate predators, they target beneficial insects, spiders, lizards, frogs, and have been documented preying on hummingbirds. For these reasons, exotic mantises have been chosen as Maryland’s Invader of the Month. 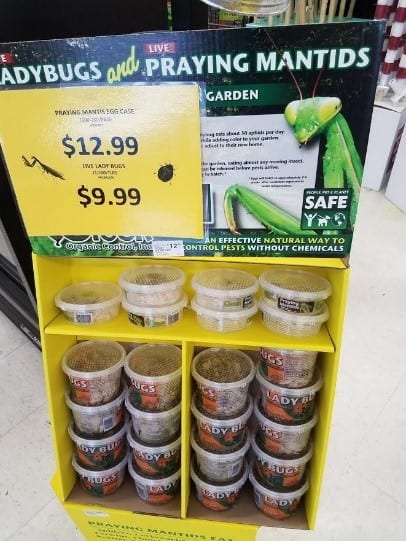 Mantises are an order of insects with over 2,400 species worldwide found the temperate and tropical regions of the world. Mantises are variable in size, ranging from about 2” up to 6” in length.  They have large triangular heads that can move 180 degrees on a flexible neck, and two large bulging eyes, plus three smaller ones in between the large eyes. Most have wings, but all are distinguished by large spiked forelegs that are very powerful and used to catch and grip prey. Their habit of keeping their forelegs tucked close to their bodies have led to the observation that they are praying, with ‘praying mantis’ being a common name for all within the order. Well camouflaged for their habitat, mantises are ambush predators, meaning they stalk and then lie in wait for their prey to get close then grab the prey with their powerful forelegs, often at a speed that’s hard to observe with the naked eye. Mantises are not picky eaters, capturing and eating anything they can subdue, including other mantises.

Mantises live for about a year in cooler climates and mate and lay eggs before they die. Mantises are known for sexual cannibalism where the female will kill and eat the male after copulation. This does not always happen, with studies suggesting it happens less than 30% of the time outside of the lab environment. Eggs are laid by the female in a froth that hardens into a Styrofoam-like capsule called an ootheca that insulates and protects the eggs. The eggs overwinter in the capsule until spring. 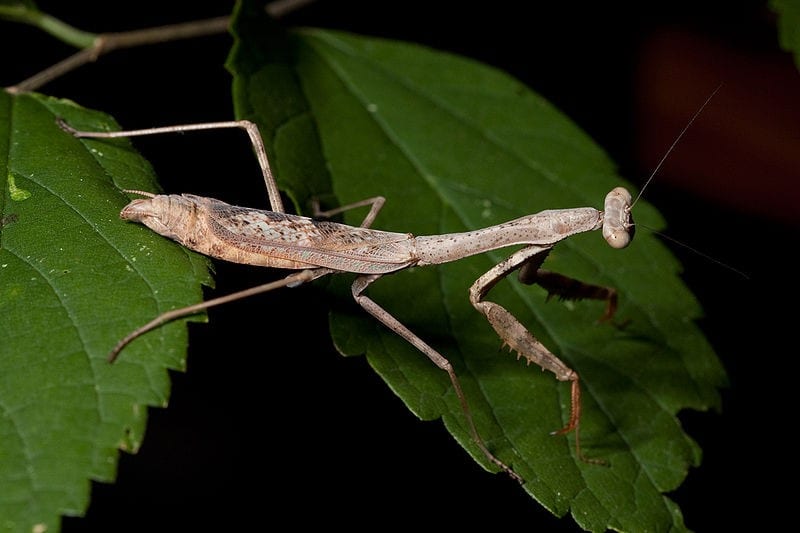 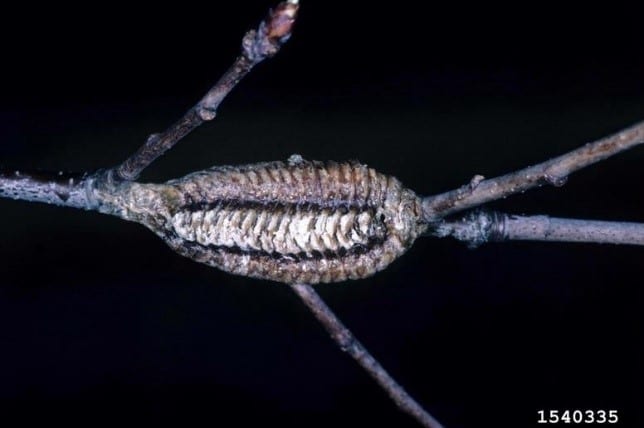 There are four species of mantises found in Maryland with only one – the Carolina mantis, Stagmomantis carolina– being native. The other three species are nonnative: the Chinese mantis (Tenodera aridifolia), Japanese mantis (Tenodera angustipennis), and the European mantis or praying mantis (Mantis religiosa). The Carolina mantis is found in the temperate regions of both North and Central America.

The three exotic mantises have become established through accidental or intentional introductions as an attempt at biocontrol. However, mantises are predators of a wide range of prey species and don’t discriminate between insect pests or beneficials. The Chinese mantis is the largest mantis found in Maryland, up to 6” long, and has been observed and filmed catching and consuming hummingbirds. They have been observed next to hummingbird feeders waiting for a bird to feed on the nectar. The most common victim is the ruby-throated hummingbird, that on average weigh less than 4 grams, or 0.11 ounces. They are not afraid to tackle larger prey either, as mantises have been observed feeding on snakes, frogs, and mice. Although the number of birds killed and consumed by mantises is small compared to feral cats, in urban and suburban areas, they are considered significant predators of hummingbirds and small passerine or perching birds, such as sparrows and finches. Care should be taken to keep mantises away from hummingbird feeders. 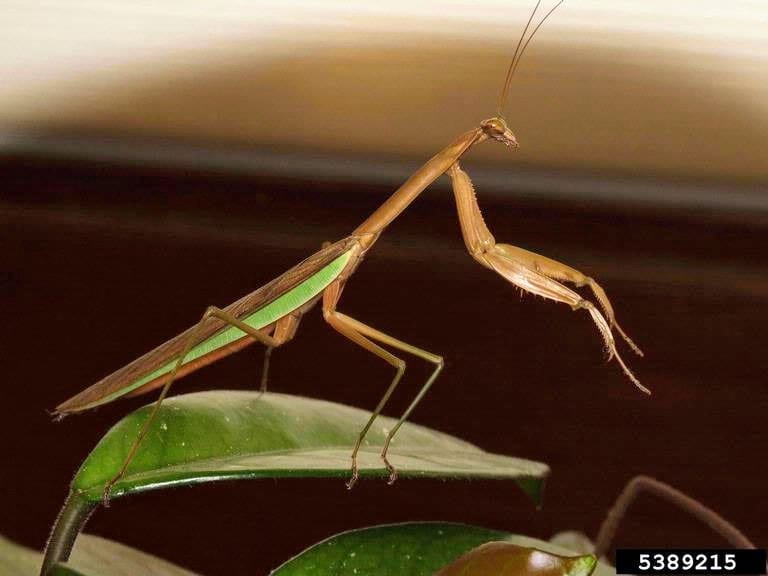 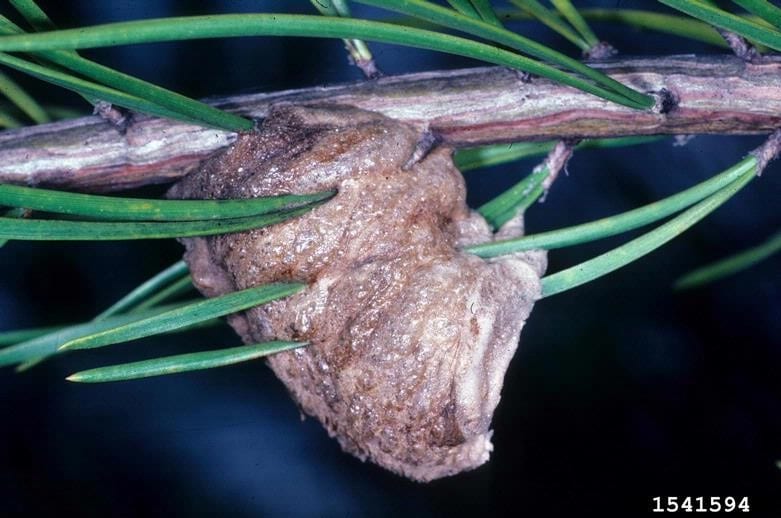 Unfortunately, egg cases of mantises are available for sale as a ‘natural’ way of controlling insect pests. Most are from the Chinese mantis and will do more harm than good. Do not purchase these and release them. If you see egg cases from the Carolina mantis in the fall, leave them to continue their work. If you see egg cases from the exotic mantises, destroy them by breaking the case open and submerging them in water. Prevention is always better than a cure.

This article was previously published on the website for the Maryland Invasive Species Council (MISC) and is reprinted with the author’s permission.

Weed or Habitat?
Getting the Buzz from Pollinators in Mt. Cuba Center’s Trial Garden