By Maureen Sundberg on October 15, 2018 in Climate Change, Soil Health

A Scientific Exploration of Climate Change and Soil Health

Soils rich in carbon are healthy soils, but climate change and poor management practices threaten to degrade soil carbon stores and in turn, degrade soils. In this article, I’ll present a brief overview of the current scientific understanding of why keeping carbon in the ground is important, and what factors are most critical in maintaining healthy soils. 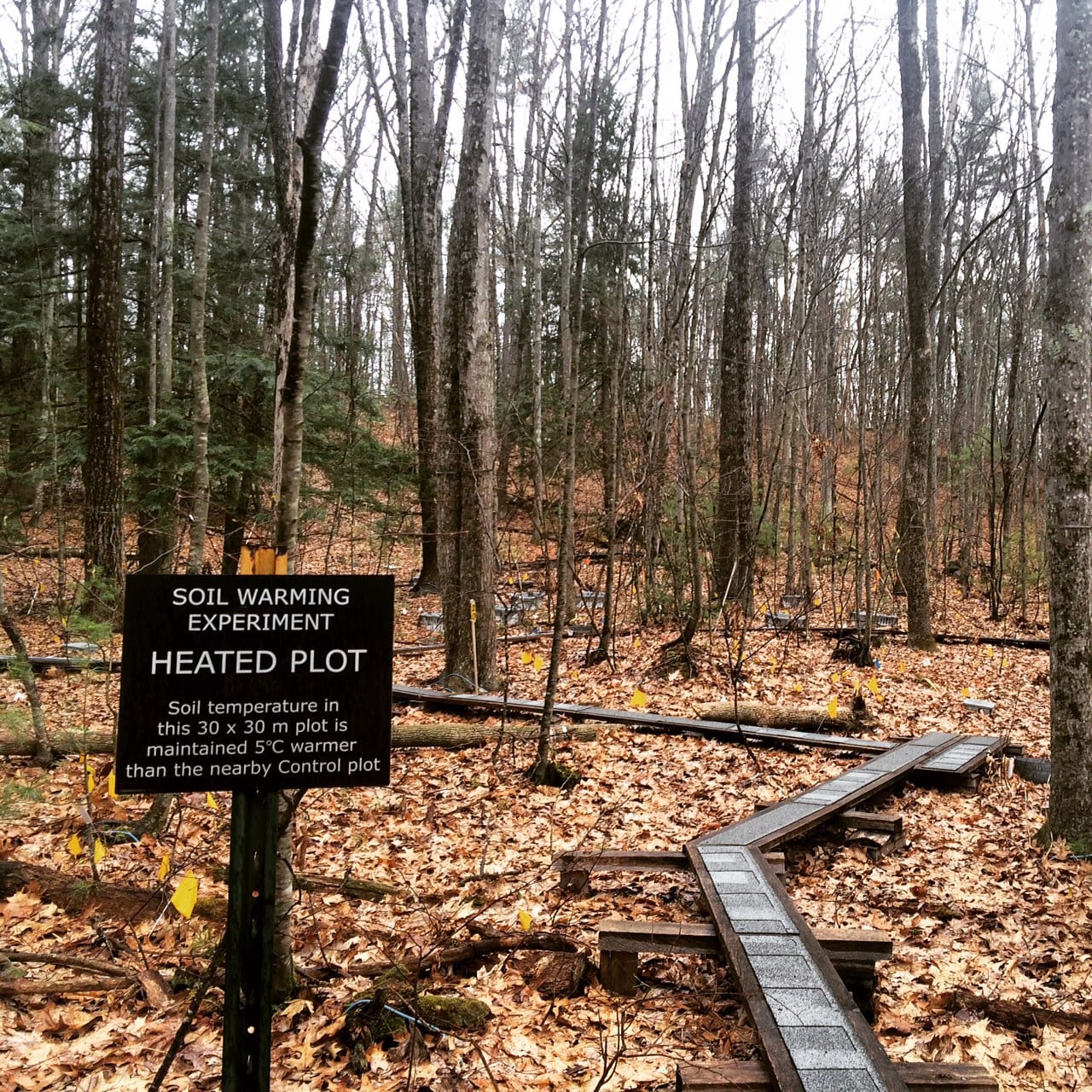 A long-term soil warming study is ongoing at Harvard Forest in Petersham, MA.

My experience on this topic comes partly from work on a long-term climate change field experiment, in which soils have been heated 5oC above ambient temperatures year-round for 26 years and counting. Over this time, we have observed soils to lose up to 17% of their soil carbon. These soils are significantly drier, and less able to buffer their temperature. This soil carbon loss has been non-linear over the decades: soil carbon degradation is marked by periods of soil carbon decay punctuated by changes in soil microbial communities. The microbial biomass is overall lower, marked mostly by a decrease in fungal biomass. Why the soil carbon and the microbes vary in their response over time is an area of ongoing research in our lab. This study demonstrates just one of the fates that could befall soils in the coming years of the climate crisis.

First, how do we know that climate is changing? Despite the sensational nature of many climate discussions, the consensus among scientists is that the climate is changing, and in some ways that we have predicted for a long time. For example, climate models show that warmer oceans create more intense hurricanes, a trend that has been observed in the last few hurricane seasons. We have confidence in these projections because long-term trends are replicated across many ecosystems, and we can model these trends in a way that accurately predicts weather. There remains an element of uncertainty, sometimes known as global weirding. In essence, we are conducting an experiment on our planet with an N of 1, or in non-technical terms, we have no backup planet. 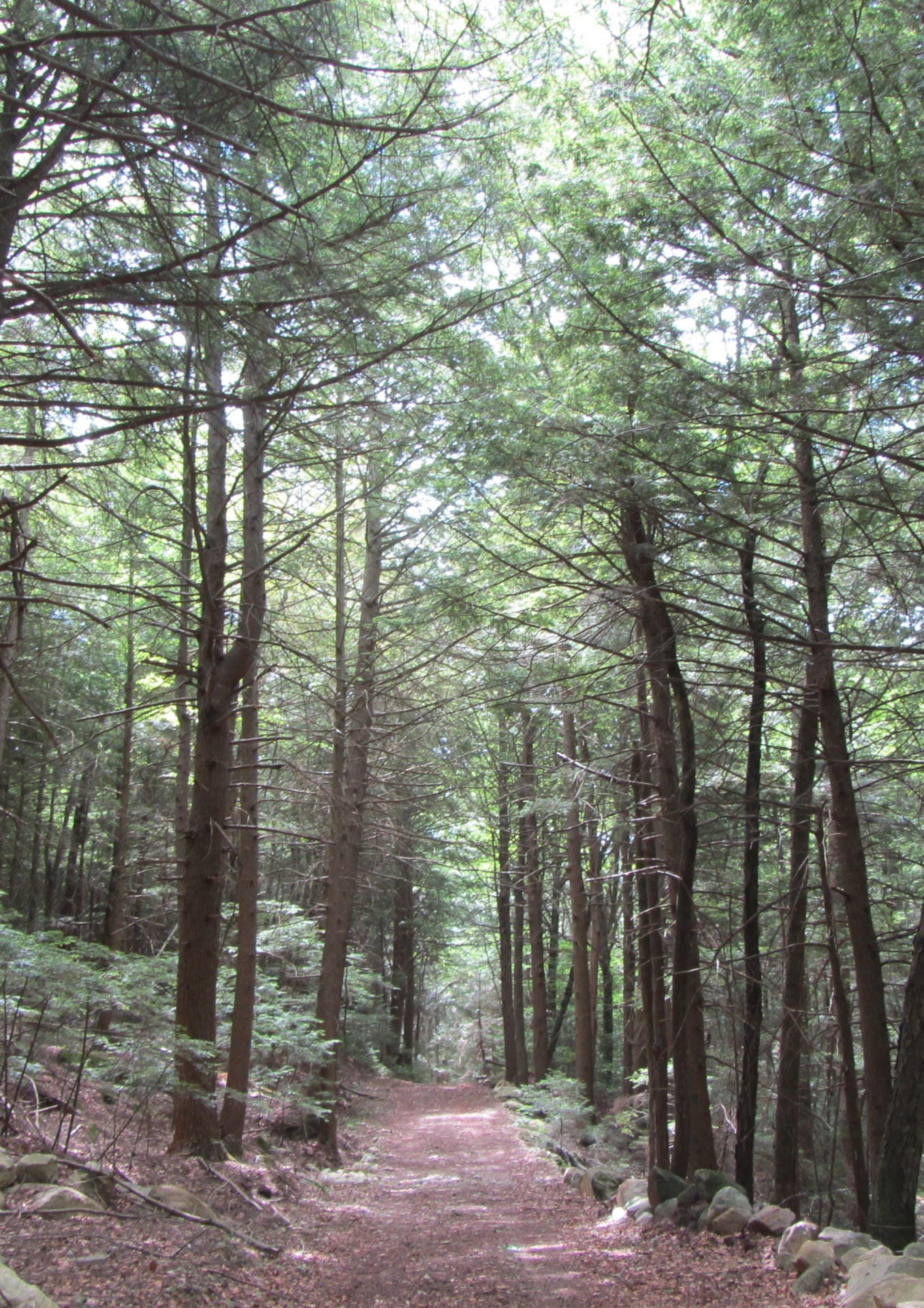 We are now in the Anthropocene, a proposed new epoch dating from the commencement of significant human impact on the Earth’s geology and ecosystems, including, but not limited to, anthropogenic climate change. Evidence includes warming oceans and ocean acidification, declining arctic sea ice and shrinking ice sheets, sea level rise, glacial retreat and decreased snow cover, extreme weather events, and global temperature rise. Sixteen of the 17 warmest years on record have occurred since 2001. The most recent IPCC report suggests that we have already caused a 1.0oC increase in global temperatures, meaning that the time of a changing climate is over; we are now in a climate crisis if we don’t make some big changes today. Storing more carbon in soil is one such solution.

Carbon sequestration, also known as “carbon storage,” is the amount of carbon in soil, usually measured as a mass per volume, and is desirable because soils with more carbon generally provide more ecosystem services, things that make ecosystems healthy places to live for people: they hold more water, are less prone to erosion, and hold more nutrients for plants. In healthy soils, carbon inputs (photosynthesis) roughly equal outputs (plant root and soil respiration). Carbon enters the soil two ways: plant material deposition on the surface, and root exudates from living plants. Carbon stays in the ground by microbial transformations, mineral sorption, and chemical recalcitrance. Carbon is lost through physical disruption. Part of the problem of the climate crisis is that emissions are outweighing the earth’s capacity to store carbon naturally.

Keeping Carbon in the Ground

One way that any individual can help to keep carbon in the ground is through planting trees. Plant roots make exudates, which are sugars that plants exude through the root surface into the soil to encourage the growth of microbes around the roots. The microbial community that is enabled by root exudates is called the rhizosphere. The rhizosphere is characterized by having ten times the microbes compared to bulk soil and by having much greater enzyme activity, which helps plants gain their nitrogen and other non-carbon nutrients from the soil. The microbes that grow in the rhizosphere also make their own exudates, and these microbial exudates help to build up soil carbon and create aggregates, stable morsels of soil where carbon is stored. 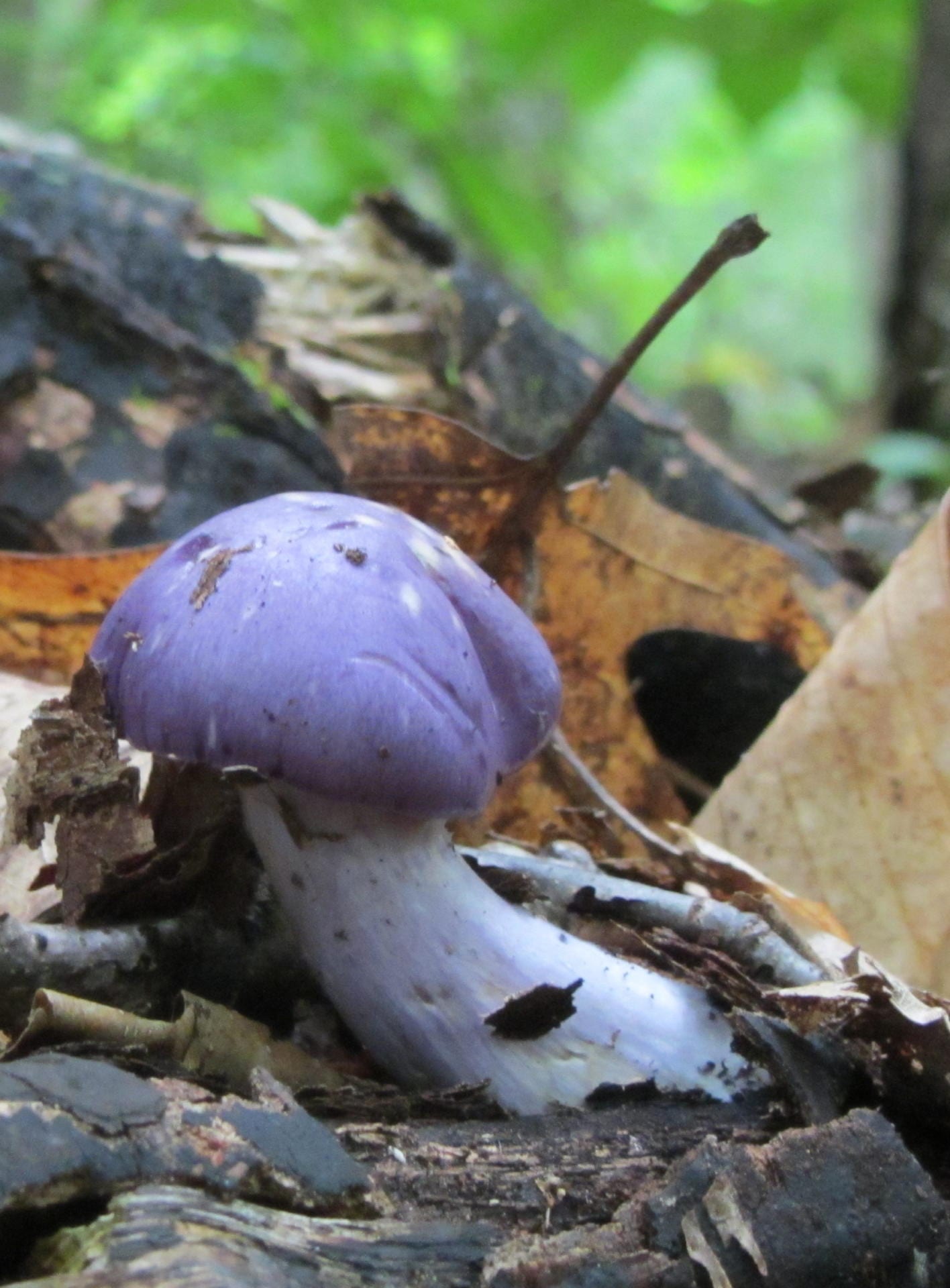 Fungus grows on a log at Harvard Forest, Petersham, MA.

A landmark study in 2016 showed that microbes growing in a sterile soil-like substrate were able to make complex organic matter that resembled soil organic matter when they were fed only simple sugars. We even know that early plants prevented erosion and as a result helped form modern sedimentary rocks. Sedimentary rock formations (rocks formed from soil) can be 2.5 – 4 billion years old, but land plants didn’t start to spread over the landscape in large quantities until 460 million years ago. The increased prevalence of land plants was accompanied by an increased observation of the fraction of mud, silt, and clay in sedimentary rocks, a relationship that increased over time. By 60 million years ago, sedimentary rocks were comprised of up to 90% fine-grained sediments. This means that from the very emergence of land from the oceans of early earth, plants were involved in soil formation.

Soils rich in carbon do more than just make soils a nice place for plants to live: they also protect against flooding and drought. A meta-analysis of 150 field-scale experiments from six different continents showed the benefits of soils rich in carbon. Building “healthier” soils could reduce runoff in flood years by nearly one-fifth, cut flood frequency by the same amount, and make as much as 16 percent more water available for crops to use during dry periods. In this capacity, “healthy” soils have roots (living plants) in the soils year-round, and are rich with organic matter.

Being a Good Carbon Citizen in the Anthropocene

I don’t want to put too fine a point on soils as a solution to the climate crisis. Healthy soils are only one of many possible solutions. In fact, scientists performed an analysis of the climate mitigation potential of twenty natural pathways. Reforestation is the most impactful natural climate solution, followed by the related action of avoiding forest conversion, that is, not changing land use from forests to some other use. Other natural solutions include better natural forest management, the use of biochar in agriculture, incorporating trees into croplands, improved plantations, avoiding the use of wood as fuel, and improved fire management. If all of the twenty natural climate solutions were to be implemented, it would help stabilize climate warming below 2oC by buying us up to a decade to mitigate the effects of fossil fuels and switch to renewable resources. 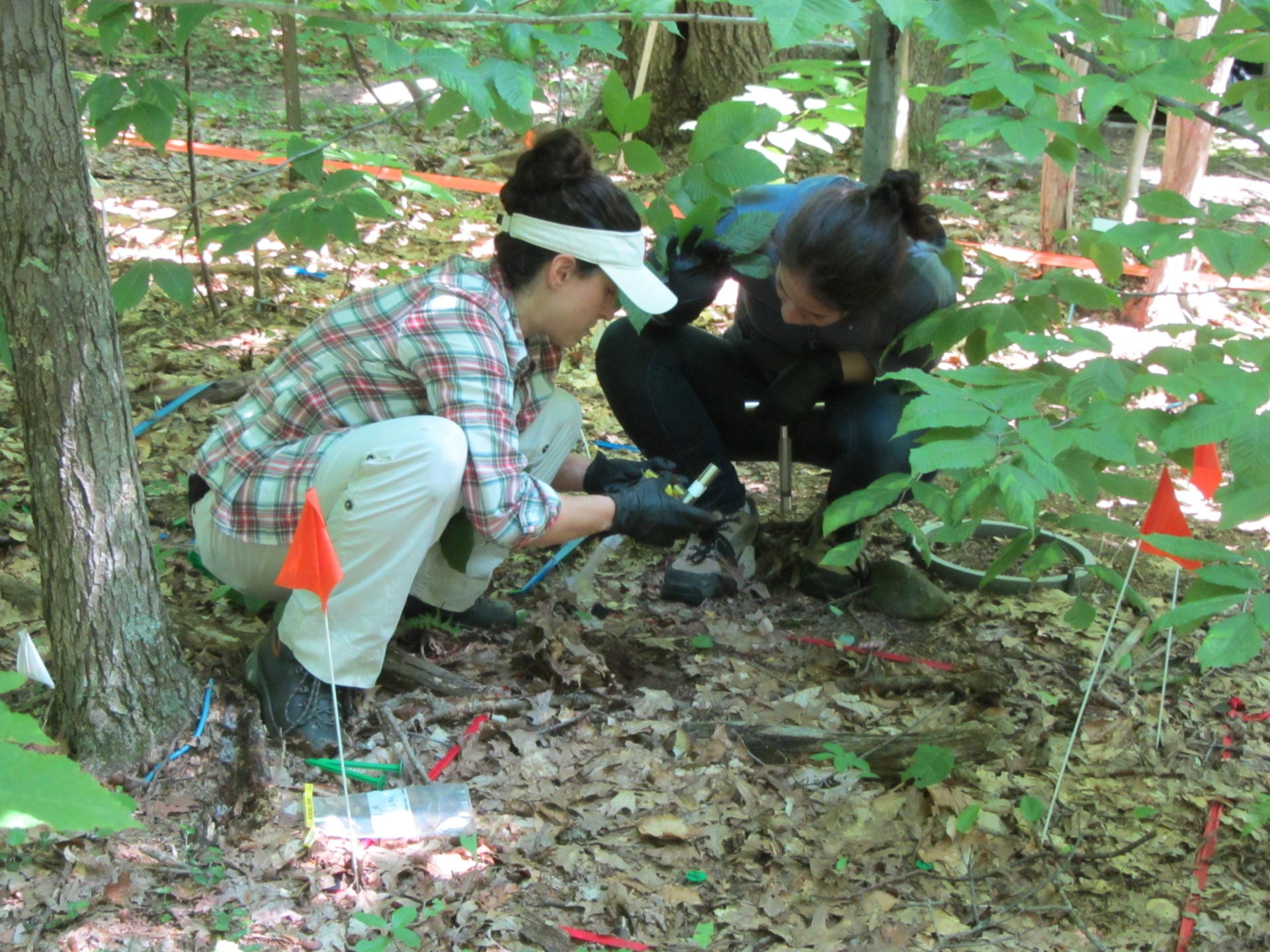 Sampling soils in the long-term warming experiment in the Harvard Forest, Petersham, MA.

Soils also have a limit to their carbon storage capacity, but the limit tends to come from finding the carbon in the community. Sixteen long-term experiments in south-east United Kingdom evaluated the “4 per 1000” initiative for increasing soil organic carbon (SOC) in agricultural land. Treatments included organic additions (incorporated by inversion ploughing), N fertilizers, introducing pasture leys into continuous arable systems, and converting arable land to woodland. Few studies achieved this goal over 40-60 years due to insufficient available organic matter (manure), practices already having been adopted (no room for improvement), expense, or practices were deemed “undesirable for food security.”

If your goal is to use land management to help mitigate the climate crisis, the National Climate Assessment (NCA) offers regional solutions. The NCA is a United States interagency effort on climate change science, initiated by the Global Change Research Act of 1990 during the GHW Bush administration. There are three big challenges that New England faces in the Anthropocene. First, migrant birds are not adapting to the new climate, as determined by a widespread decline in body size over the last 40 years. Second, native bees have shifted their spring arrival to New England by an average of 10 days due to warming temperatures. This is partly because plants have also shifted their phrenology towards earlier blooming. Third, New England Atlantic fish stocks have shifted their range, both in depth and in latitude, due to warming oceans over the past 50 years. Both sea surface and bottom temperatures are increasing.

This is a story about how soils sustain life. This sustenance includes the growth of plants that is the focus of many people’s interest in (or obsession with) soils, but it extends towards the more unseen ways that soils shape the quality of our lives. There is an element of soils that can be underappreciated in the frenzy of adding nitrogen, phosphorous, iron, and other nutrients to soils to improve their ability to grow plants, and that is carbon. We know that climate has changed. Keeping more carbon in the ground helps to both mitigate further climate change and improve our daily lives.

How to find research articles in the public domain.

Google Scholar is a wonderful resource for finding current scientific literature for anything from carbon sequestration to the side effects of a new antibiotic. Though there is a lot of literature in the public domain, accessing it can be sometimes confusing. This brief explainer should help you navigate the paywalls of revenue-generating publishing houses to find the research articles that your friendly neighborhood scientists want you to read.

Though Google scholar is not the only search engine, it is fairly comprehensive and user-friendly. If you navigate to scholar.google.com, you can enter your search terms in the search box; I encourage you to try different terms and combinations of terms to find a variety of articles on your topic of interest. The articles will be sorted by “relevance,” but you can also decide based on the number of people who have cited an article in their own research (under “Cited by…”). Articles with more citations are more well-accepted, though very new articles may have very few citations. Once you’ve decided on what you want to read, you need to access the article itself. The title of the article is usually a hyperlink to the publishing center’s version of the article, which is often paywalled. However, most research is funded by taxpayer-supported programs and is in the public domain. To find these versions, skip the main hyperlink and click on “All N versions,” where N is the number of different places that the article is archived. Clicking on this will often give you a public option, generally a dot-edu or dot-gov site, which stores a public version of the article. Happy reading!

***
Each author appearing herein retains original copyright. Right to reproduce or disseminate all material herein, including to Columbia University Library’s CAUSEWAY Project, is otherwise reserved by ELA. Please contact ELA for permission to reprint.
Mention of products is not intended to constitute endorsement. Opinions expressed in this newsletter article do not necessarily represent those of ELA’s directors, staff, or members.