Amongst the survival concerns now facing our planet and people, the destruction of biodiversity has become prominent, and this issue lands squarely in the middle of our plates as an industry. We can make a significant positive contribution here.

Making the Case for Industry Leadership 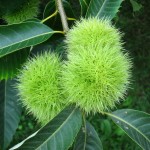 It’s a funny thing, the way that associations and assumptions are made, boxes labeled, and people and professions filed away in those boxes: landscape, for instance. And with that, landscape designers, landscape architects, landscapers, horticulturists and the rest of our ilk. We are accustomed to being part of a domain which, while lucrative for some and productive for more, is still generally regarded as decorative. By virtue of our focus and abilities in dealing with aesthetics, we have been more or less boxed with the options, and not with the necessities. We are the last in and first out the door when budgets are prepared. We are so often the band aids applied to tone down buildings or in the case of ecological landscaping, to patch over ecological damage. But (if we seize it), our time has come on the world stage.

I’d like to explore some ideas with you regarding a vital role which I believe we could, and therefore must be developing for the landscape industry. We are living in a time which, if we survive, will surely be remembered as pivotal for pretty much everything on which we depend. I know this has been said before, and often. And it’s true. Lurking just below the surface of the global economic crisis is a whole series of resource crises, including energy (peak oil), water, food security, shifting weather patterns and more. They are all tightly interwoven and we stand at both the receiving end of this and at the controls. Amongst the survival concerns now facing our planet and people, the destruction of biodiversity has become prominent, and this issue lands squarely in the middle of our plates as an industry. We can make a significant positive contribution here.

A recent Global Biodiversity Outlook report from the United Nations makes the point that we are losing the struggle to protect Earth’s biodiversity, 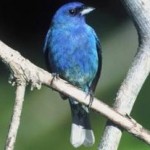 with habitat loss high on the list of causes. “Biodiversity,” like much of the vocabulary we use to discuss the network of relationships which keep us alive, is an abstract term, kept safely at a distance from our emotions and the immediacy of its impact. Biodiversity is the mechanism the biosphere has for adaptation and change, and is the basis for human survival. It is not just a subject for study and deliberation; it is the network which holds our species in a continued and ever-present dialogue with the rest of life. To imagine life on Earth with a much diminished biodiversity, imagine your chances for survival with any one of your vital organs trying to survive on its own, amidst the collapse of many of the other organs, and amidst the breakdown of the lymphatic, circulatory, nervous, and other systems which keep the organs in communication.

Like so much now facing us, this plays out both locally and globally. Climate change and the panic for biofuels development, coupled with continued pressures for commodification of nature and land conversion to uses other than natural habitat, threaten to rapidly unravel our remaining biodiversity.

At some undetermined but critical point in the loss of species and earth systems, the entire network of relationships will unravel and no longer be able to support humanity. That’s people. You, I, our cousins, neighbors, lovers and children will be the victims. When that happens, it may become obvious that we spent far too long distracted by things which don’t really matter. It will also be too late to do us much good. Along the way, economies will continue to falter and fail, our ability to feed ourselves and find water will suffer, and the world will become a lot less beautiful. Trust me: we really do not want to go much further down that road. It’s time to mend the net, and for that, we need to change our game.

I don’t know if it’s really true, or simply a narcissistic conceit of our species, but we like to think that humankind is uniquely creative, adaptable, flexible and intelligent. Abundant evidence would certainly question the last assertion, but we might still find salvation through our creativity and adaptability. On a basic and pertinent level, our flexibility allows us to behave as plunderers, or gardeners. Having pretty much exhausted the rewards of rape and pillage, it seems a good time to develop our potential as growers and restorers. As an industry, this is our cue.

What could we do if we learned to see our roles differently? How much of the torn ecological net could we stitch back together? There’s much we can do, both as individuals and in association. One of the few advantages of there being so many people on our planet is that pretty much everyplace a tree needs to be planted and cared for, there are people to do it. When I say we need to exercise our potential as gardeners, I am being quite literal. The cultural shift required is a relatively short journey, it’s something we can relax into and which could be facilitated by use of the same media now used to promote consumerism, by better information on the issues calling for action, and by use of social networks.

As we know, and often state, there is a continuum stretching from gardening through ecological conservation and regeneration to habitat repair and landscape participation. But to salvage what remains of our tattered biodiversity, we must change the culture, and fast. We need to use our current ability to rapidly communicate across the globe to coordinate rescue and repair efforts, and to conserve germplasm in both storage and living collections. We need to focus national and international will on a global, long term, and rapid development and implementation of an integrated biodiversity strategy. This must seek to restore ecological health, and where necessary, relocate and rebuild bio-systems as rainfall and temperature patterns shift. In the developed world, changing the cultural obsession away from consumerism and toward stewardship would be a good start. I think we can do this if we put our minds to it.

Over 50% of the global population now lives in cities. Though they occupy just 2% of earth’s land surface, cities consume 75% of the planet’s 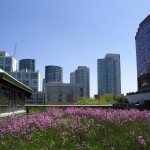 resources. 3.3 billion people now live in cities, and this is projected to rise to 6.4 billion by 2050. In most countries, the total size of urban areas often exceeds that of areas set aside for conservation and protection.

How might cities rise to the challenge? As centers of human productivity and concentrated resources, when cities get focused, they drive change. A growing movement for green cities is finding ways to connect ecological repair with economic prosperity. Strategies are being developed to perforate the urban boundary and allow wildness (or at least an incursion of the rural) to access the built environment—and crucially, the reverse: access to nature for city dwellers. “Green Infrastructure” is a growing study for planners and urban designers as well as ecologists and resource managers. This refers to the aggregate of parks and green open spaces, green corridors which link previously disjunct open spaces with one another and with the surrounding countryside, floodwater drainage areas, green roofs and living walls, street-side trees and the urban forest. Taken as a whole, and pursued with the intention of maximizing the opportunities and extent of greening, an infrastructural approach delivers ecological services, improves quality of life, underpins the economy, and moves the city closer to becoming a part of the solution.

Let’s have a closer look at the motivations and goals for urban biodiversity conservation. Donald Dearborn and Salit Kark (2009) gave 7 motivations for conserving biodiversity in the city. These are to:

Conserving biodiversity in the cities will help global biodiversity conservation efforts. Small habitat blocks can link with surrounding natural habitats in the city’s margins thus helping conserve biodiversity. Understanding the challenges in conserving urban biodiversity can provide valuable lessons for conservation strategies in the future. Urban ecosystems can be models for understanding and mitigating the effects of environmental changes in non-urban areas.

Urban biodiversity also provides an opportunity to give environmental education to large numbers of people, including the leaders and policymakers who help shape biodiversity conservation strategies.

Cities pose a massive strain on natural resources. Though just 2% of land area, they consume 75% of earth’s resources. Municipalities and urban regions can turn the tide through assertive and intelligent recycling policies which provide the resources for local industries, and by bringing food production back to the cities, thus cutting thousands of food miles off their carbon footprints.

The large populations in cities contribute greatly to climate change, which in turn tends to erode biodiversity. Green infrastructural strategies can help to ameliorate the climate impacts by greening surfaces and reducing temperature extremes, providing facilities for capturing and recycling storm water and waste water, and sequestering carbon in urban biomass.

Policies for management in urban areas are needed that balance immediate human needs with maintaining broader ecological health. These should not be seen as competing interests. Our well being depends on both. Urban planning needs to evolve to see they are mutually supported on the agenda.

All photos are from Wikimedia Commons.

Erik van Lennep is a landscape designer, design teacher and sustainability systems consultant with over 30 years experience in ecological landscape design and plant conservation. Born and educated in the US, he currently lives in Dublin Ireland.