By Maureen Sundberg on September 15, 2015 in Climate Change, Native Plants

Gardens are a great way to add value to a property, provide green-space for relaxation, and improve aesthetics in many settings. In a traditional sense, plant selection comes down to visual appeal and environmental requirements, such as sun exposure, water requirements, and nutrient preference. We can get around some of the inherent physiology of plants by providing managed spaces, for example more or less sunlight based on other plantings, irrigation, and fertilization. Ecologically-oriented landscaping negates some of these “managed” scenarios, with attempts made to develop a more system-oriented landscaping plan. Recent research suggests that we can go even further and think proactively about climate change too. 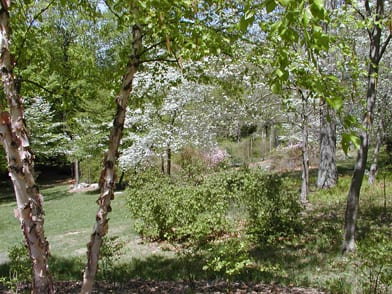 Native plants can serve as the basis of managed landscapes. Photo: Connecticut College.

Conservation biologists often think about what species need right now, but also what future challenges species may encounter. Both current and future threats can be taken into account when developing conservation plans. Of course the threats that species and ecosystems face are many, with climate change at the forefront along with habitat degradation. The problem, though, is that climate change is a very big issue to deal with, and to plan for. We are likely to see continued changes in our lifetimes, but the effects will continue for long after we’re gone too.

In order to consider climate change adaptation and landscapes, let’s first talk about what changes we can expect, and what that means for plants.

The timing of springtime snow melt and temperature increases affects plant growth and bud development. Changes in winter and spring temperatures could lead to changes in leaf out and flowering times.

The USDA Plant Hardiness Zone Map is a standard for determining which plant species are suitable to grow in different areas of the country. The plant hardiness map was revised in 2012 to reflect better mapping ability and changes in climate over time. The current map, based on average weather conditions from 1976-2005, includes zones that are now about a half-zone warmer than the previous edition (based on 1974-1986 weather). While the shift can’t be fully attributed to climate change (note the overlap in time periods used to create the maps), it does suggest that temperatures are on the rise.

Adapting human-managed landscapes to climate change is an important component to building sustainable systems. Planting native species is one step in the right direction. Local nurseries that specialize in native plants are a great place to start, and online resources such as Plant Native provide searchable regional plant lists and local suppliers. Diversity begets diversity, so using a variety of species, with different characteristics and flowering times, can help support pollinators and other animals too. 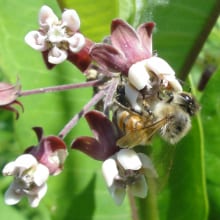 Some recent research also suggests that planting native species from other areas of the US may be a viable adaptation strategy not just for managed landscapes, but for natural areas as well. In this study, my colleagues and I examined whether species native only to the continental US were able to grow in areas outside of their native range. Each species we evaluated was available (and presumably moved to new areas) as a garden plant, but the locations we included in the study were wild populations (not garden plantings) outside of the known native range of the species. In other words, people were moving these plants from their native ranges to new places, and the plants were subsequently colonizing unmanaged landscapes. Sound familiar? That’s a common pathway for invasive plant introductions as well, but in this case we’re talking about native species that are less likely to become problematic in their new communities. 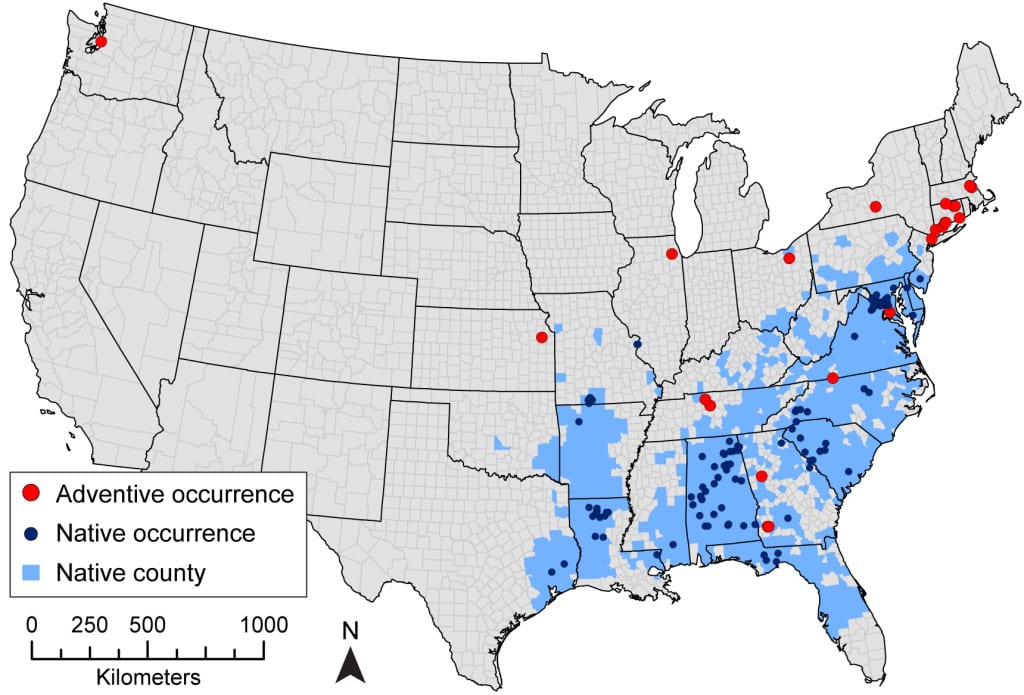 What we found was that many of these unmanaged habitats where ornamental native species that were able to survive had different temperature and precipitation limits than the species’ native ranges. That suggests that something other than environment is restricting those species to their native range—for example interactions with other species, such as herbivores or pathogens—but we can’t determine exactly what from our study. The good news is that many of these species will likely be able to persist within their native ranges longer than previously thought. In terms of climate change adaptation, it also means that some species are excellent candidates for expanded planting beyond their native range. In addition to garden benefits, these plantings could serve as starting points for movement of species into natural areas, allowing unmanaged communities to shift their species composition in response to climate change over time. Essentially, managed landscapes already serve as sources for species to move into unmanaged systems, and this research suggests that we can help direct how communities change by thoughtful selection of native garden plants. That’s a win-win when it comes to climate change adaptation.

The National Wildlife Federation has a great sustainable gardening guide that provides tips on how to reduce your garden’s carbon footprint and contribute to biodiversity conservation.

A short piece from the Audubon Society outlines “Why Native Plants Matter“.

Dr. Jenica Allen is a Postdoctoral Research Associate in the Department of Environmental Conservation at the University of Massachusetts, Amherst and an Assistant Research Scientist in the Department of Ecology and Evolutionary Biology at the University of Connecticut. Her research focuses on phenology and distributions of native and invasive plants in response to climate and land use change, primarily in the northeastern US. She is also part of an interdisciplinary team investigating the interactions of public policy, economics, land use change, land management, and invasive plant species in southern New England.