By ecopro on June 14, 2013 in Beneficials/Pollinators

A Review of Research into the Effects of Neonicotinoid Insecticides on Bees, with Recommendations for Action.

A possible link between neonicotinoids and honey bee die-offs has led to controversy across the United States and Europe. Beekeepers and environmentalists have expressed growing concern about the impact of neonicotinoids, concern based on the fact that neonicotinoids are absorbed into plant tissue and can be present in pollen and nectar, making them toxic to pollinators.

This report details potential negative impacts of neonicotinoids insecticides to honey bees and other important pollinators. It also makes recommendations on how we can better protect bees.

Neonicotinoid pesticides were first registered for use in the mid-1990s. Since then, these chemicals have become widely adopted for use on farm crops, ornamental landscape plants, and trees. Neonicotinoids are systemic chemicals; they are absorbed by the plant and are transferred through the vascular system, making the plant itself toxic to insects. 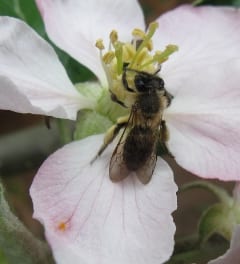 The toxic effects of neonicotinoid pesticides has been identified as a possible link to honey bee die-offs. Photo courtesy Matthew Shepherd.

The impact of this class of insecticides on pollinating insects such as honey bees and native bees is a cause for concern. Because they are absorbed into the plant, neonicotinoids can be present in pollen and nectar, making these floral resources toxic to pollinators that feed on them. The long-lasting presence of neonicotinoids in plants makes it possible for these chemicals to harm pollinators even when the initial application is made outside of the bloom period. In addition, neonicotinoids persist in the soil and in plants for very long periods of time.

Across Europe and the United States, a possible link to honey bee die-offs has made neonicotinoids controversial. Several European countries have reexamined the use of neonicotinoids in crops such as corn, canola, and sunflower. In the United States and elsewhere, a number of opinion articles, documentary films, and campaigns have called for them to be banned.

This fact sheet presents a summary of the scientific report Are Neonicotinoids Killing Bees? A Review of Research into the Effects of Neonicotinoid Insecticides on Bees, with Recommendations for Action, which reviews research on the impact of these pesticides on bees.

Exposure of bees to neonicotinoids 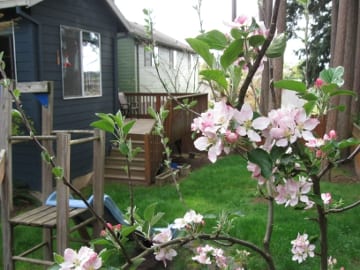 Products approved for home and garden use may be applied at significantly higher rates than those approved for agricultural use, increasing the risk to pollinators. Photo courtesy Matthew Shepherd.

Bees provide essential services in agriculture, in natural ecosystems, and in the support of overall biodiversity. A large—and growing—body of research demonstrates that neonicotinoid insecticides harm multiple bee species. Based on the findings of the report, the Xerces Society for Invertebrate Conservation makes six major recommendations: