By Maureen Sundberg on May 15, 2017 in Pest Management

Sawfly insects are in the order Hymenoptera that includes bees, ants, wasps, parasitic wasps, and sawflies. Metamorphosis is complete: egg, larva, pupa, adult (Borror, Triplehorn and Johnson, 1989). Sawfly larvae differ from larvae in the order Lepidoptera (butterflies and moths) by lacking noticeable body hairs, having a well-developed head, and possessing more than five pairs of abdominal prolegs that lack crochets. Crochets are characteristic in the Lepidoptera and are grasping, hook-like structures located on the bottom of the prolegs that serve in aiding larval locomotion and attachment to objects (Borror et al, 1989: Cranshaw, 2004).

Sawflies are plant feeders. Most are leaf feeders and some are actual pests of trees, shrubs, and garden ornamentals of various kinds. The roseslug sawfly (Endelomyia aethiops) is one of three rose attacking sawflies in the United States and is the subject of this fact sheet. The other two are the bristly roseslug (Cladius difformis), which produces five to six generations per year, and the curled rose sawfly (Allantus cinctus), which is the largest of the three and is a leaf skeletonizer as well as a cane borer producing only two generations per year (Johnson et al, 1989; Cranshaw, 2004). All three sawfly species feed on only roses (Rosa sp.) (Johnson and Lyon, 1991). 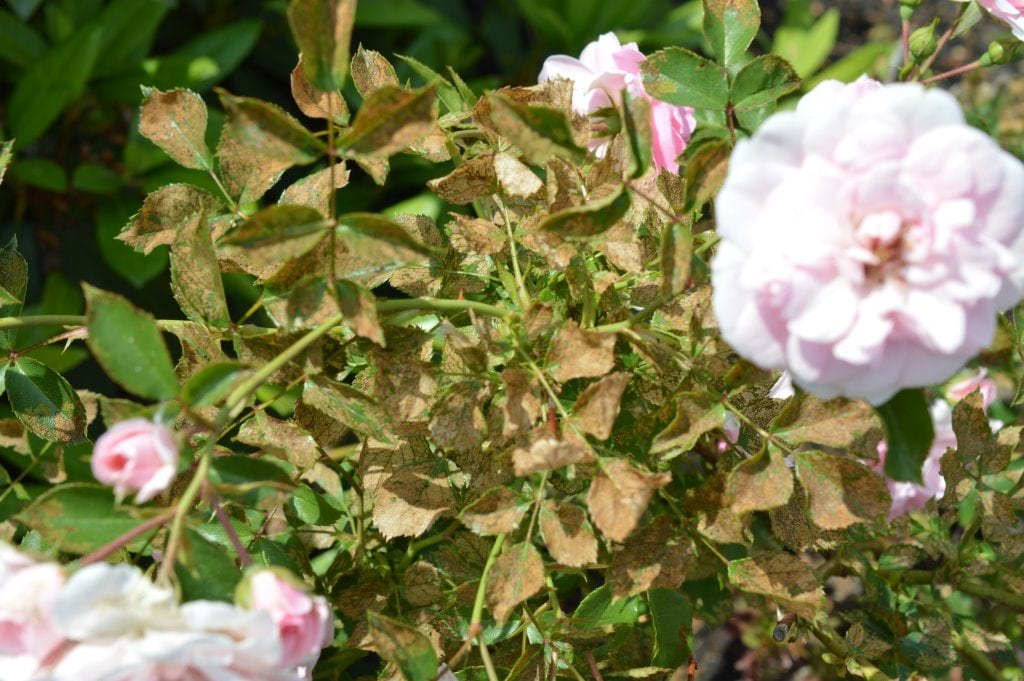 Figure 1. Leaf blotches during May and June are a telltale sign or symptom of the Roseslug Sawfly.

The family, Tenthredinidae has more of the commonly encountered sawflies in the landscape including the roseslug sawfly. It is a very large group of approximately 790 North American species (Borror et al, 1989). If you come in contact with a plant damaging sawfly, it most likely will be in this family.

During the months of May and June in the Northeast you may have noticed leaf discoloration in the form of blotches on your rose leaves (Figure 1). If you inspect the leaves closely you will see the culprit! It is a small, narrow bodied larva called the roseslug sawfly, an introduced pest from Europe. The larvae have pale green colored bodies and light tan-orange colored heads (Figure 2). 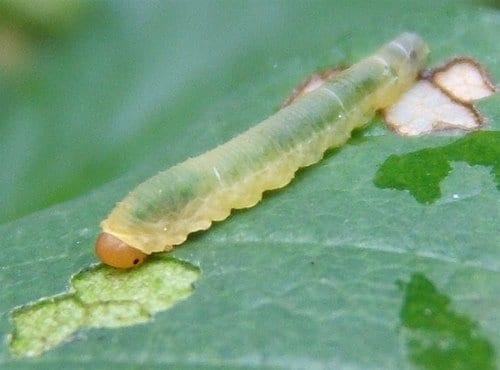 Figure 2. Larvae has a pale green colored body and an orange-tan colored head. The larva feeds on the leaf underside. This photo shows the larva causing the characteristic windowpane damage as it feeds.

These sawflies cause leaf damage by feeding on the undersides of rose leaves causing a windowpane appearance, a form of leaf skeletonization (Cranshaw, 2004). In windowpane skeletonization, only one leaf surface is removed by feeding. Skeletonization can occur very quickly. I have observed this personally!  In just one day, a large group of feeding larvae can cause extensive leaf damage (Ball and Ball, 1989). The adults do not cause this damage.

The adult sawfly (Figure 3) is about ¼ inch long and looks very wasp-like (Davidson and Raupp, 2010). In the spring, the female uses her saw-like or serrated ovipositor to cut into leaf tissue and deposit her eggs at the rose leaf edges. The ovipositor, located at the end of the abdomen, is the egg-laying apparatus which is part of the female’s reproductive system (Borror et al, 1989). Eggs hatch from the leaf edges from about mid-April to early May, and small first instar larvae emerge and chew leaf tissue between the leaf veins on the undersides of the leaves (Cranshaw, 2004; Sponable and Pellitteri, 2010). As larvae feed, they go through a few more instars (larval growth stages) causing significant leaf “windowpane” damage (Figure 4). 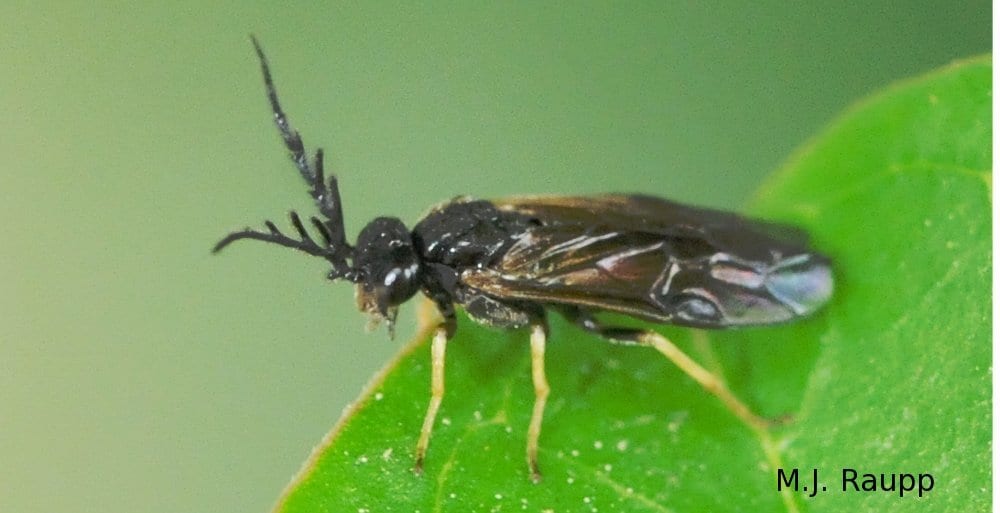 Figure 3. The adult roseslug sawfly is tiny (1/4 inch in length) and wasp-like in appearance.

When larvae are fully grown, about ½ inch long (final instar), they stop feeding, fall to the ground, and construct a cocoon or earthen cell for protection from the elements and predators. They remain inactive until the following spring when they will undergo pupation and turn into adult males and females. Adults will mate and the females will deposit their eggs into rose leaf edges from mid-April to early May, depending on temperature and weather conditions (Johnson and Lyon, 1991; Davidson and Raupp, 2010; Sponable and Pellitteri, 2010), and their life cycle will begin again. There is only one generation per year, which is why you only notice this species in May and June. 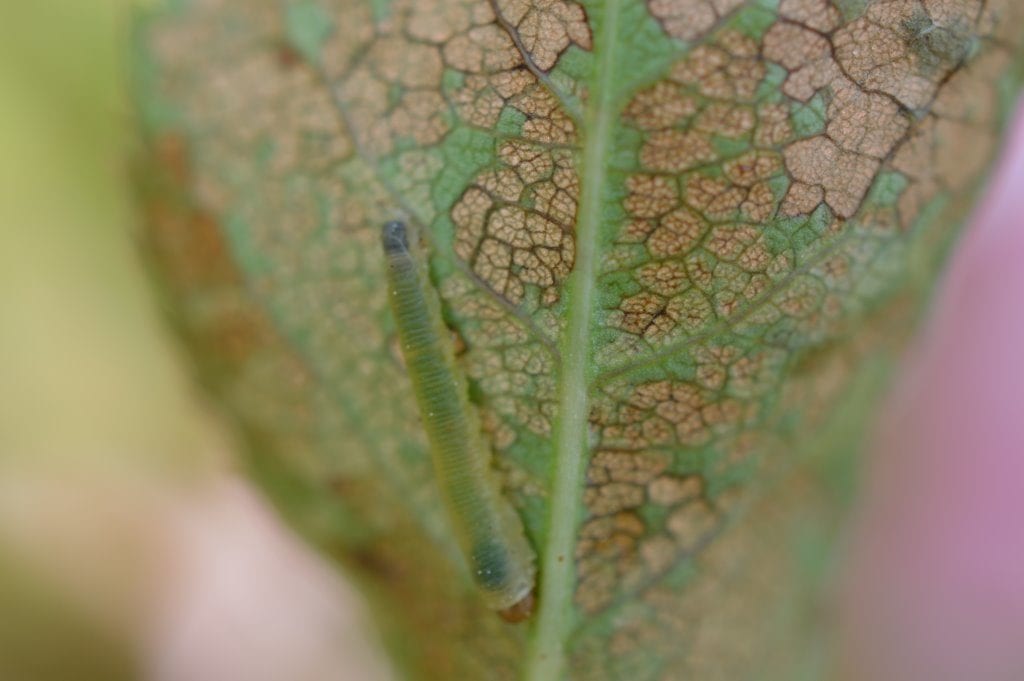 Figure 4. Windowpane damage up close caused by the feeding larva. Leaf tissue is consumed between the veins on only one leaf surface.

Rose plant damage is aesthetic and rarely kills the plant (Sponable and Pellitteri, 2010).

Early detection is best. Start monitoring your roses by mid-April for first instar larvae infestation, abundance and distribution patterns. Hand-picking the larvae off the undersides of leaves and squishing them between your fingers or dropping them into a cup of rubbing alcohol works very well, but you must monitor your rose bushes daily to get them all or at least, most of them. Generally, the larvae are active for about one month or less depending on weather and temperature conditions.

Spraying the larvae with horticultural oil or insecticidal soap will kill the larvae. Complete larval coverage is necessary for effective kill. Horticultural oil (light weight) suffocates insect larvae, has a residual of a few days, and has very low mammalian toxicity (Ball and Ball, 1989).  Insecticidal soaps are commercially formulated contact insecticides of low mammalian toxicity and designed to biodegrade in the environment within one to two weeks (Ball and Ball, 1989).

Using a garden hose to spray the larvae off the leaves with a strong water flow also works well. The larvae, once knocked off the host plant are incapable of climbing back up onto the leaves to resume feeding (Johnson and Lyon, 1991).

The insecticide Spinosad is absorbed into the leaf and disrupts the sawflies’ nervous system when the leaf is eaten by the larvae. It is considered safe, having a signal word – None (i.e. reduced-risk status) (Davidson and Raupp, 2010).

Follow label directions when using any of these low toxicity compounds.

The new class of synthetic insecticides called neonicotinoids (imidacloprid, thiamethoxam, clothianidin, and dinotefuran) are used widely in landscape pest control; however, they should not be used because they kill pollinating insects (Black, Borders, Fallon, Lee-Mader and Shepherd, 2016).

Follow label directions when using any of these more toxic compounds.

Bruce Wenning has university degrees in plant pathology and entomology. He has been on the Board of Directors of the Ecological Landscape Alliance since 2003 and is the horticulturist at The Country Club, Brookline, Massachusetts where he battles this sawfly once a year at his workplace.