Authors spend a lot of time by themselves, as was abundantly apparent when I got a chance to Keynote at the ELA’s 2013 Conference on the subject matter of my new book, Teaming With Nutrients: The Organic Gardener’s Guide to Optimizing Plant Nutrition. I found myself gushing with excitement as I was able to finally share the wonders of plant cells and their workings with someone other than Gracie, our inquisitive, but not that intelligent English Shorthaired Pointer.

And now I find myself once again alone, save for Gracie, suffering the embarrassment of my demonstrated enthusiasm at the annual Conference. In post mortem, there were two more points I wanted to make aside from the sheer wonder we should have for plants. 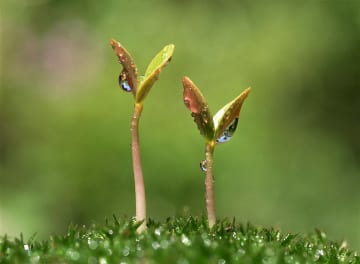 What could be new in plant science? Lots!

Keeping Up with the Science

The first is that we all have to remember science is not static even though we often treat it as such. We know this when it comes to other aspects of our lives, such as with advances in healthcare or electronic communications, but sometimes forget when it comes to things that grow. What could be new?

In this country, the assumption seems to be you learned chemistry and biology in high school and took botany somewhere in college and that is all you need to know about plants for the rest of your life. What you learned works and what more is needed?

Or you may think, as so many do, that what new information you need to learn will come from the New York Times, NPR, Huffington or Drudge or in the ELA Newsletter. What more science do you need to learn?

The truth, of course, is you need to learn anything new that is going to make you a better practitioner of your art (or should I say science).

A case in point: In late February I was jumping up and down on ELA’s stage discussing IMPs, integrated membrane proteins. These cellular structures punctuate the plasmaderma, the membrane surrounding every plant cell (just inside the cell wall if your Apple Maps is not working). I was excited by the amount of energy a plant has to expend in order to build and place these proteins – proteins which are necessary to allow the very nutrients that make them up into the cell in the first instance. (It is all too wonderful, but you can read about it in Teaming With Nutrients).

Ah, but just a few weeks ago comes along an article that discusses how these proteins are constructed. Another reveals how special sugar base lipids (Okay, you made me say it: Glycosylphosphatidylinositols) serve as anchors for some of these “IMPs” and how they bring some order to the plasma (think your computer screen) that is a cell membrane. 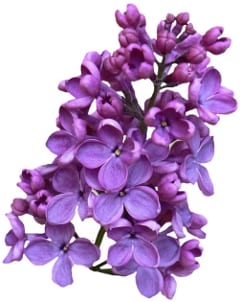 Research around sugar base lipids affects our understanding of their function in the cell membrane and affects how we should feed plants.

This is amazing stuff that should result in a much greater appreciation of that lilac which contains 10 or more trillion of these Glycosylphos- phatidylinositols punctuated membranes. These kinds of discoveries are being made all the time. Just check out “50 Years of Protein Structure Determination” at http://publications.nigms.nih.gov/psi/timeline.html. I point to proteins because so much of what we feed a plant is used to produce them. (One cell can have 10,000 different kinds and 1,000 of each kind. Then, times that by 10 trillion in that lilac). That is where the nitrogen goes. And we need to know these things as intellectual beings.

Making Use of What You Learn

The second point is that knowing these things just for the sake of knowing is indeed a noble thing. No one should let his or her professional mind (at least) stagnate. That is what continuing education and the Internet are both for. But, it’s putting this knowledge to practical use that counts.

So, for example, those that Glycosylphosphatidylinositols form patches in the plasmaderma, literally described as rafts floating. They communicate with other cells. When these patches are destroyed, the cell does not do well and eventually fails. Perhaps somewhere there is a way to impact the construction of that lilac which contains 10 or more trillion of these Glycosylphosphatidylinositols that will be of great use.

Which brings me to what should have been my main Keynote point (had Gracie told me while practicing my Keynote and had she not had such a preference for Dr. Seuss): If you don’t know about the advances science is making in general, but especially when it comes to your professional industry, then you can’t impact how these discoveries are used until, perhaps, it is too late. Without keeping your knowledge base current, how can you participate in discussions that mold what we do and how we do it?

It’s not just scientific advances in plant cellular biology, which, I admit now that I am alone, may be exciting to me, but is a bit of an obscure subject to discuss in public. It’s topics such Native vs. Non Native or GMOs versus none that require this new science in order to understand the discussion, nonetheless participate in the debates.

Obviously, there is a tremendous amount of science available that you didn’t learn in college simply because it wasn’t known (not to mention the stuff you were supposed to learn, but didn’t!). Still, we live in a world where information is all around us, literally at our fingertips. There is no reason we should stop learning science just because we graduated from school. Of course, you can get lonely if you spend too much time in front of that computer screen.

Jeff Lowenfels is the author of Teaming With Microbes and now Teaming With Nutrients, both from Timber Press. He is a lonely guy who loves to lecture on the soil food web and cellular biology. Contact him at jeff.lowenfels@gmail.com.