By i.am.georgia.harris on April 15, 2022 in Landscaping for Wildlife


Building is usually a positive sign of economic growth – new roads, new homes, and new businesses in our communities can improve our quality of life and provide more employment, education, and recreation opportunities. But for wildlife, these roads and structures – even fences around parks and other green spaces – represent barriers to the daily and seasonal movement they rely upon for survival. So how can we coexist with wildlife as we enjoy the resources our communities have to offer?

Science has taught us that species and ecosystems can only thrive as part of large, interconnected networks. These networks can consist of parks, forest remnants, and other natural areas connected by ecological corridors. We all benefit when corridors allow animals to move and natural ecological processes like pollination to continue uninhibited. 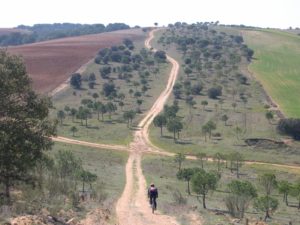 Wildlife corridors come in several shapes, sizes, and types. Many are migration corridors that herds have used for thousands of years or riparian corridors that naturally follow a river or stream. Other corridors were repurposed from former uses. For instance, historical drovers’ roads in Spain, originally established to drive livestock, are now essential corridors between protected areas. Even stretches of the former Iron Curtain have been transformed into the European Green Belt. One type of human-made structure is gaining popularity as a way to restore connectivity: wildlife crossings like bridges or tunnels designed to help wildlife safely cross roads, railways, and canals. 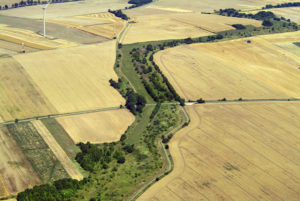 An area of vegetation running along the former border that separated East and West Germany has been transformed into a segment of the European Green Belt. Photo: Klaus Leidorf.

Corridors can serve many purposes for wildlife, including seasonal migration, finding food and water, and access to mates to maintain genetic diversity. They can also provide ecosystem services such as increased water quality, human benefits like recreation, and advantages for agriculture such as pollination, pest control, and erosion protection. 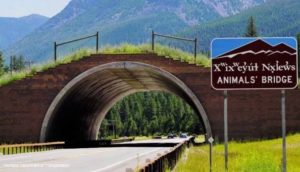 In addition, corridors can increase resilience to climate change. Animals and plants react to the effects of climate change – for example, the drying up of a water source – in only three ways: move, adapt, or die. Corridors can allow species and natural communities to respond to climatic changes and move to more suitable habitats. 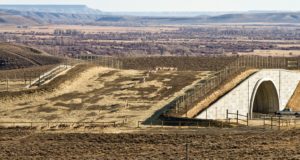 What is a Well-Designed Corridor?

While many natural corridors still exist, the rapid increase in human development means that, more and more, humans need to proactively design and protect corridors. Because corridors can potentially serve so many purposes, the design of corridors must consider many factors to increase the chance that connectivity goals will be achieved. 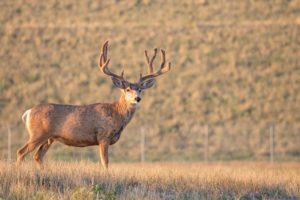 We want the corridor to provide both a “move-through” habitat and also be wide enough for a “live-in” habitat for multiple species. The space should offer key resources like edible plants, water, and host plants for butterflies.

If facilitating the movement of a specific species or community is the focus, their habitat preferences, dispersal behavior, and other life-history features should be considered in the design process.

Location, of course, is key. Corridors should be designed to buffer against edge effects such as household pets, lighting, noise, nest predation, and invasive species. Upland buffer zones are needed along key riparian corridors to prevent aquatic habitat degradation and to reduce contaminants in streams.

When considering the appropriateness of recreation within the corridor, seasonal use by wildlife should be understood. Because corridors may be needed for seasonal migrations, human activities may be incompatible with species during migration but are otherwise acceptable. A critical question is how wide corridors should be to meet conservation objectives. The rule of thumb is that a width of 2 km is appropriate when the corridor is intended to connect protected areas such as National Parks up to 80 km apart in a landscape likely to experience impact from development in the future (Beier 2018. Conservation Biology). However, place-based specifics are needed to help planners and managers decide on the appropriate corridor width in different scenarios.

Designing with Climate Change in Mind

Importantly, the well-designed corridor should enable species to respond to climatic changes. A few different approaches to designing corridors can help species move or adapt. None of them are perfect, but they all offer some improvement over traditional approaches that ignore climate change.

One popular approach is modeling current species distribution and their future distribution, using climate change projections, and then designing corridors linking current and future habitat patches. The map shown here is an example of this approach. Researchers used species distribution models to map current and future habitat for several thousand species of birds, mammals, and amphibians, then modeled the best corridors between them. The colored lines on the map show where these climate corridors overlap for the highest number of species. 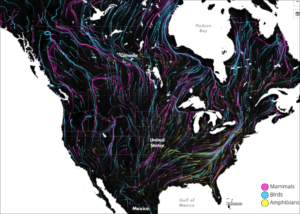 Researchers used species distribution models to map current and future habitat for several thousand species, then modeled the best corridors between them. The colored lines show where these climate corridors overlap for the highest number of species. Courtesy of Dan Majka/The Nature Conservancy https://maps.tnc.org/migrations-in-motion

Topographically complex terrain contains a diversity of microclimates which offers plants, invertebrates, and other species opportunities to respond to changing climatic conditions with only short-distance movements. A newly suitable habitat may just be a short way away, making long-distance, northward range shifts unnecessary.

Where to Protect Corridors?

With so many species and landscapes vulnerable to impacts from human development, it can be challenging to determine where to protect corridors. However, following a series of steps will help to identify and prioritize corridors to protect.

Define the ecological objectives. Do we want to enable the movement of individual animals? Preserve genetic exchange? Restore native trees in a logged area? Understanding the greatest needs of an ecosystem will help narrow down the objectives.

Define what is being connected. For example, are we trying to connect protected areas like parks? Or perhaps we want to connect an elk herd’s summer range to its winter range or the breeding areas of toads to the upland areas where they spend the rest of the year. 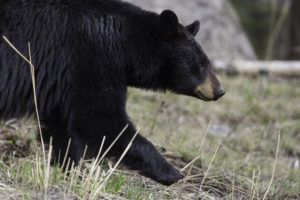 Select a focal species (or not). Many corridor designs have been based solely on large, charismatic species such as bears or cougars, which may be appropriate if these species are suffering from loss of connectivity. But studies testing whether corridors designed for these species will also provide connectivity for other species have produced varying results. Therefore, it is better to find corridors that fulfill the needs of a suite of focal species or focus on “structural connectivity” by reconnecting habitat patches with landscape elements such as hedgerows and riparian areas presumed to facilitate animal movement.

Prioritize corridors. Prioritization should be based on the importance of species conservation, the economic costs of the conservation action needed, and the probability that existing connectivity areas will be lost if no action is taken. For instance, in Wyoming, scientists used GPS collars to learn where mule deer were moving between summer and winter ranges and observed a few key land parcels that, if developed, would have completely interrupted the migration. The studies resulted in the purchase of private lands that would otherwise have been developed.

Scientists specializing in corridors and connectivity can help by creating resistance maps that show how a landscape facilitates or impedes movement and that point to an appropriate model to find existing wildlife pathways. But we should remember that while modeling and creating maps of potential corridors is important, there are many uncertainties due to errors in data and problems with the assumptions inherent in the modeling effort. Therefore, prior to any conservation action in an area, it is important to conduct field visits and talk to local experts familiar with the land and its wildlife.

Dr. Annika Keeley is a conservation scientist with expertise in ecological connectivity science and animal behavior. As a postdoctoral scholar at the University of California, Berkeley, she systematically reviewed the literature at the intersection of connectivity and climate change science. She explored the challenges and opportunities for implementing connectivity in California and around the world. Dr. Keeley co-authored the second edition of the book Corridor Ecology and contributed substantially to the “Connectivity Conservation Guidelines” published by the International Union for the Conservation of Nature. She is now with the Center for Large Landscape Conservation where she provides scientific leadership and advises on connectivity projects and programs across the organization. She is also a member of the IUCN Connectivity Conservation Specialist Group.

What’s Missing? Ferns for Your Garden
ELA News – May 2022